Today selection -- from No! by Paul McGlasson. We don't often feature selections on religion, and have no real expertise in this area, but we recently came across a beautifully expressed sentiment regarding helping the poor. It comes from the debate within contemporary Christianity on this very subject, where the "religious right" tends to take the position that it is not government's place to use state funds to help the poor. Today's selection is a rebuttal to this position from a prominent Christian scholar -- and it includes a heartfelt reminder of our collective responsibility to help the unfortunate. This reminder is imbedded in a powerful and terrifying portrait of "Judgment Day" so prominent in the Christian New Testament. It underscores the central role of charity in almost all religions -- such as the Rigveda's "Bounteous is he who gives unto the beggar who comes to him in want of food and feeble" and the Quran's "The righteous are those who feed the poor, the orphan and the captive for the love of God, saying: 'We feed you for the sake of God Alone; we seek from you neither reward nor thanks'":

"[C]onsidering the issue of state obligation to care for the poor. [Some among the religious right] systematically deny that the state has any obligation to the poor; indeed any obligation to the general welfare of its citizens overall. Care for the poor is assigned solely to families and churches. ... In an era when the income gap between wealthy and poor is only growing greater, the question is hardly insignificant. We will proceed along two levels of reflection.

"Our first answer is simply to point out that the Bible does in fact assign care of the poor to the state, without any ambiguity. Psalm 72, perhaps written by David for Solomon to describe the duties of the ideal king, stresses obligation to the poor: 'May he defend the cause of the poor of the people, give deliverance to the needy and crush the oppressor ... For he delivers the needy when they call, the poor and those who have no helper. He has pity on the weak and the needy, and saves the lives of the needy. From oppression and violence he redeems their life; and precious is their blood in his sight'. This is not describing a family, or the church; this is a clear mandate to state obligation for the poor in a description of the ideal government. Again, the book of Proverbs likewise describes the duties of the ideal king in very similar terms: 'Speak out for those who cannot speak, for the rights of the destitute. Speak out, judge righteously, defend the rights of the poor and needy'. It is precisely the role of the king to give voice to the voiceless in society. 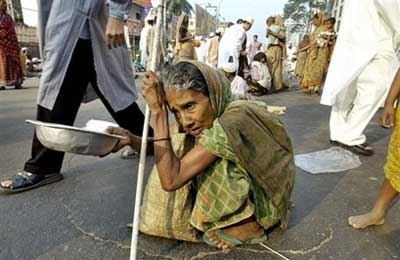 "But here we need, in closing, to dig to a deeper, more profound level.

"Jesus describes a final judgment in which all nations -- not families, not churches, but nations, including their governments -- will be gathered before him (Matt 25:31-46). Notice, by the way, that the much vaunted issue of national exceptionalism is a divine prerogative, not a human one; only Christ alone has the right to decide which nations are truly exceptional. How will he decide? He makes it crystal clear in this passage. Care for the poor is not an obligation of the state; it is in some sense the obligation of the state. Nations will not be judged by whether they have a powerful military; nor whether they have a strong middle class. Nations -- all nations -- will be judged, not by a fallible human judgment, but by the only judgment that really matters, by the Lord of all nations -- on one basis only: how did you care for the weak and the needy? Did you feed the hungry among you, or let them struggle to survive? Did you give the thirsty something to drink, or watch callously as they scrambled for every scrap? Do you provide for the health and well-being of the sick and the dying, or force them to choose between the medication they need and food to keep alive? Did you welcome the stranger to your shores, or with hardness of heart build walls to keep them away? Did you treat even the prisoners among you with the humanity they still retain, despite their mistakes in life? Did you provide clothing to the naked, or turn away from what is 'no concern of mine'? This is not a question of 'social policy.' Christ makes it all too clear that far more is at stake. How nations -- including their governments -- treat the poor, is how they treat Christ himself: 'Truly I tell you, just as you did not do it to one of the least of these, you did not do it to me'."

Below is the passage the author refers to from the Christian New Testament, Gospel of St. Matthew, Chapter 25, verses 31 to 46.

But when the Son of Man comes in His glory, and all the angels with Him, then He will sit on His glorious throne. All the nations will be gathered before Him; and He will separate them from one another, as the shepherd separates the sheep from the goats; and He will put the sheep on His right, and the goats on the left.

Then the King will say to those on His right, 'Come, you who are blessed of My Father, inherit the kingdom prepared for you from the foundation of the world. For I was hungry, and you gave Me something to eat; I was thirsty, and you gave Me something to drink; I was a stranger, and you invited Me in; naked, and you clothed Me; I was sick, and you visited Me; I was in prison, and you came to Me.' Then the righteous will answer Him, 'Lord, when did we see You hungry, and feed You, or thirsty, and give You something to drink? And when did we see You a stranger, and invite You in, or naked, and clothe You? When did we see You sick, or in prison, and come to You?' The King will answer and say to them, 'Truly I say to you, to the extent that you did it to one of these brothers of Mine, even the least of them, you did it to Me.'

Then He will also say to those on His left, 'Depart from Me, accursed ones, into the eternal fire which has been prepared for the devil and his angels; for I was hungry, and you gave Me nothing to eat; I was thirsty, and you gave Me nothing to drink; I was a stranger, and you did not invite Me in; naked, and you did not clothe Me; sick, and in prison, and you did not visit Me.' Then they themselves also will answer, 'Lord, when did we see You hungry, or thirsty, or a stranger, or naked, or sick, or in prison, and did not take care of You?' Then He will answer them, 'Truly I say to you, to the extent that you did not do it to one of the least of these, you did not do it to Me.' These will go away into eternal punishment, but the righteous into eternal life.