Today's selection -- From Tune In: The Beatles: All These Years by Mark Lewisohn. In post-war England, almost everything was in short supply, including guitars. And guitars had not been that prominent an instrument until the rock craze and therefore not plentiful. And so in their very early teens, it took some effort for the three guitar playing Beatles to get guitars -- and the ones they did get were of poor quality:

"The lure of the guitar was now irresistible to John Lennon. As much as he enjoyed playing the banjo at [his mother] Julia's, the instrument was, well, a bit of a joke. [John lived with his aunt and guardian Mimi, but visited his mother Julia frequently.] Sure, it was good fun, but the banjo had for a long time been looked down on by musicians, the butt of all the gags in the musicians' joke book. It was yesterday. Gene Vincent played guitar, Elvis Presley played guitar, Lonnie Donegan played guitar. Rock meant guitar, and guitar meant rock. John yearned for one. As he'd recall in later years, 'Like everyone else, I used God for this one thing I wanted. "Please, God, give me a guitar." ' 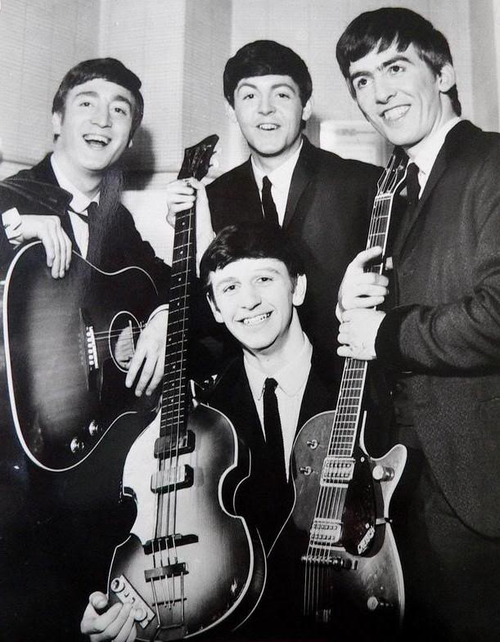 "And, lo and behold, there came one. The winged messenger was a boy at school, his name unknown. Little is remembered of John Lennon's first guitar. The guitar he called his first guitar would come later, in March 1957, but before that he had this loan of someone else's, a cheap little acoustic, possibly an Egmond (the same as George Harrison's), the kind of instrument one would dispose of at the first opportunity and then usually forget to mention. But it was a guitar, and from approximately the last weeks of 1956 (it's impossible to be more precise than this) John became a strummer, using the banjo chords Julia taught him. And rubbish though this guitar was, the instrument and its temporary owner were seldom parted. Somehow or other now, John knew, he was going to be discovered. He 'waited for the big man with the cigar.' ...

"John Lennon's first own guitar, to replace the one he'd borrowed, was bought for him by Julia. It's been said (though it's far from certain) he asked Mimi to buy it, but with his exams looming she was never likely to say yes. More likely he just asked Julia. (Nigel Walley remembers, 'If John needed new socks or a new shirt or some vests he'd say, "I'll go down Mum's and get them."' Julia had also just bought her beloved 'Stinker' his first colored shirt, checked red and white.) Because the skiffle boom had temporarily stripped guitars from the shops, retailers were having to source them with greater cunning. John's was bought from a south London mail order firm advertising in the popular lowbrow weekly magazine Reveille. The ad appeared in the issue of March 7, 1957:

"That was enough to grab the eye, but the small print uncovered the real cost: it was £1 down and then twenty-one fortnightly payments of 20s 3d, for a total of £22 5s; or one instant payment of 19 guineas plus 5s carriage, total £20 4s. This was expensive. John (who always remembered it costing £10) later said it was bought 'on the never-never,' which must mean Julia was committing to a shade over a pound from Bobby Dykins' wage-packet every two weeks all the way to the start of 1958. 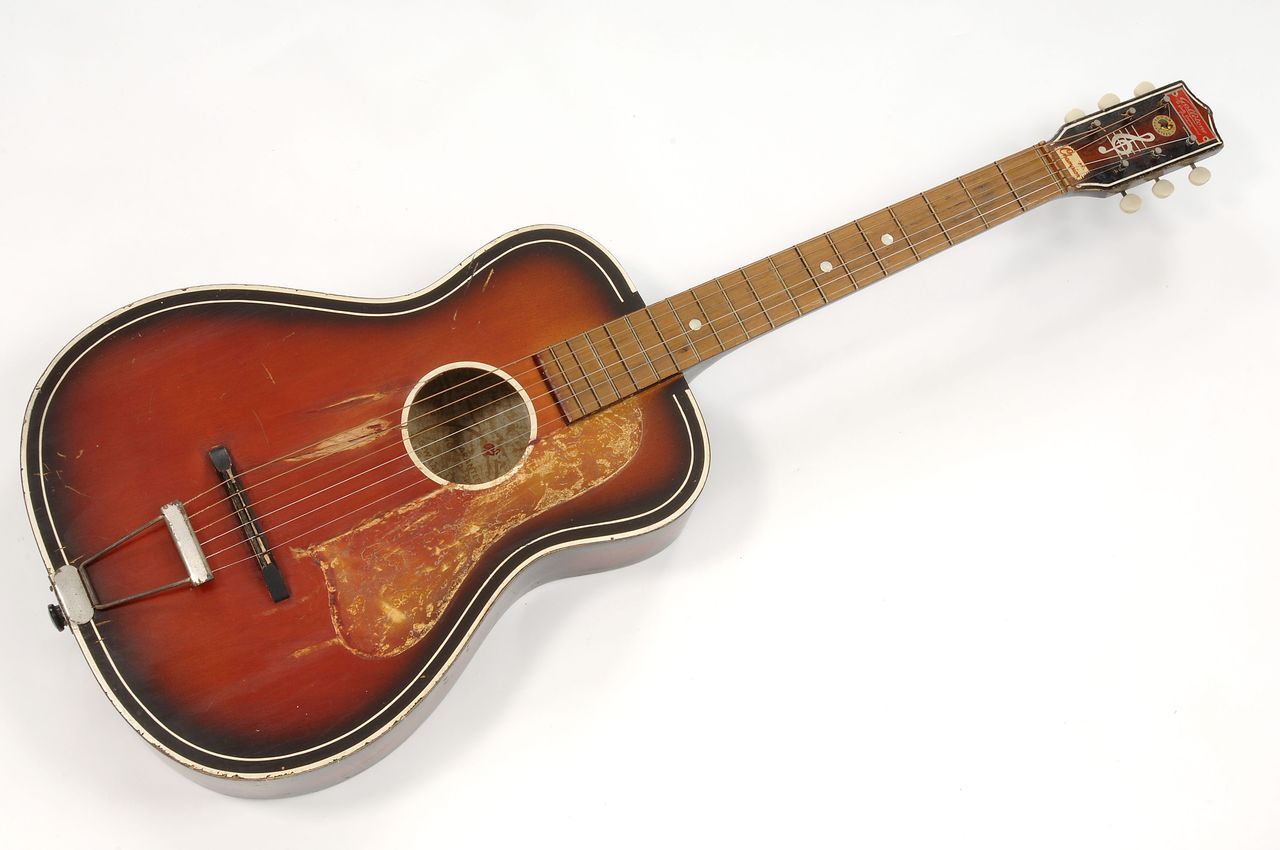 "For the mail-order company, the key was to find stocks of guitars in countries where rock had yet to catch fire. John's was shipped from Durban, South Africa. Though the ad made it sound like a dream machine, the Gallotone Champion was actually three-quarter size, made from laminates instead of solid wood, and its general tone and playability were poor. A sticker inside, visible through the soundhole, said GUARANTEED NOT TO SPLIT and (in Afrikaans) GEWAARBORG OM NIE TE BARS NIE. John conceded 'it was a bit crummy' but played it constantly, regardless of its quality or Mimi's curt words."