Today's selection -- from Al Pacino: Anatomy of an Actor by Karina Longworth. ' Al Pacino, later famous for such iconic movies as The Godfather, Dog Day Afternoon, and Scent of a Woman, was homeless in his early 20s:

"When Pacino was sixteen, he dropped out of [the High School for the Performing Arts]. His mom was sick and needed him to be the breadwinner. Up to this point, she had been an ardent supporter of her son's acting dreams, but now she advised him to be more practical, saying, 'Acting is for rich people.' Frustrated by his mother's sudden change of heart, Pacino moved out of his grandparents' house and in with a girlfriend. He took on a series of odd jobs and sent money home, but his relationship with his mom remained strained.

"After landing a job in the offices of Commentary magazine, Pacino began to save money for acting school. He first auditioned for Lee Strasberg's Actors Studio, but was rejected. Instead, he enrolled in classes at Herbert Berghof and Uta Hagen's HB Studio. There he would form a close relationship with Charlie Laughton (not to be confused with Charles Laughton of Mutiny on the Bounty fame), who funneled his understanding of acting into teaching, preferring to bring home a steady paycheck to support his daughter and actress wife, Penny Allen -- who would later appear opposite Pacino in Scarecrow and Dog Day Afternoon -- over the uncertain life of a performer. Laughton was a decade Pacino's senior, and their meeting, when Pacino was eighteen, marked the beginning of the treasured mentor-protégé relationship to come. 'I just felt connected to him,' Pacino recollected. 'Charlie introduced me to other worlds, to certain aspects of life I wouldn't have come in contact with. He introduced me to writers, the stuff that surrounds acting.'

"An Off-Off-Broadway production of Strindberg's The Creditors, which Pacino starred in under Laughton's direction, was particularly transformative. 'For the first time, I knew I had something going for me, a chance to use myself, my life. Charlie Laughton is probably the most important person in my life. He made me realize that acting is poetry, an art that employs the voice, the body, the spirit.' With Laughton by his side, Pacino began to file away real life as fodder for future perfor­mances. 'With no money to go to the theater we'd sit in cafeterias for hours on end, watching the comedies and high dramas taking place,' Laughton recalled. 'Al got some of his most interesting characters from watching people in the subway and streets of New York.'

"Then, in 1962, when Pacino was twenty-two, his mother died before the two could fully reconcile. He spent the following few years in extreme poverty and near-suicidal depression. 'I was homeless. I slept on the stage of where I was performing. It wasn't fun.' He took micro-loans from friends in order to cover basic expenses, spent his nights drinking hard, and for a few years made only a modicum of progress toward the acting career he was by now obsessively pursuing. He tried his hand at stand-up comedy for a while. He moved into a one-room apartment with another struggling actor, Martin Sheen, and together the two wannabes would hang around New York's Living Theatre, taking odd stagehand jobs until Off­-Broadway roles began to materialize." 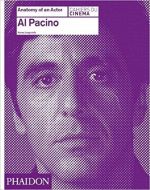