Today's selection -- from Brooklyn: A Personal Memoir by Truman Capote. In the 1950s, a young Truman Capote moved from the South to a resurgent Brooklyn Heights, which had for decades been a haven for New York's artistic community:

"[In the late 1800s, Brooklyn Heights had been a glorious place, and] Henry Ward Beecher's church ... dominated the spiritual life of the Heights through the latter half of [that] century. ... By 1910, the neighborhood, which comprises sly alleys and tucked-away courts and streets that sometimes run straight but also dwindle and bend, had undergone fiercer vicissitudes. Descendants of the Reverend Beecher's stiff-collared flock had begun removing themselves to other pastures; and immigrant tribes, who had first ringed the vicinity, at once infiltrated en masse.

"So that, in 1925 Edmund Wilson, allowing a paragraph to what he considered the dead and dying Heights, disgustedly reported: 'The pleasant red and pink brick houses on them now; they seem sunk in a final silence. In the streets one may catch a glimpse of solitary well-dressed old gentleman moving slowly a long way off; but in general the respectable have disappeared and only the vulgar survive. The empty quiet is broken by the shouts of shrill Italian children and by incessant mechanical pianos in dingy apartment houses, accompanied by human voices that seem almost as mechanical as they. At night, along unlighted streets, one gives a wide berth to drunkards that sprawl out across the pavement from the shadow of darkened doors; post office and not much more from Borough Hall -- with no effort made to remove it, for nearly three weeks.'

"Gothic as this glimpse is, the neighborhood nevertheless continued to possess, cheap rents aside, some certain appeal brigades of the gifted -- artists, writers -- began to discover. Among those riding in on the initial wave was Hart Crane, whose poet's eye, focusing on his window view, produced The Bridge. Later, soon after the success of Look Homeward, Angel, Thomas Wolfe, noted prowler of the Brooklyn night, took quarters: an apartment, equipped with the most publicized icebox in literature's archives, which he maintained until his 'overgrown carcass' was carried home to the hills of Carolina. At one time, a stretch of years in the early forties, a single, heaven knows singular, house on Middagh Street boasted a roll call of residents that read: W. H. Auden, Richard Wright, Carson McCullers, Paul and Jane Bowles, the British composer Benjamin Britten, impresario and stage designer Oliver Smith, an authoress of murder entertainments, Miss Gypsy Rose Lee, and a Chimpanzee accompanied by Trainer. Each of the tenants in the ivory-tower boarding house contributed to its upkeep, lights, heat, the wages of a general cook (a former Cotton Club chorine), and all were present at the invitation of the owner, that very original editor, writer, fantaisiste, a gentleman with a guillotine tongue, yet benevolent and butter-hearted, the late, the justly lamented George Davis.

"Now George is gone; and his house too: the necessities of some absurd civic project caused it to be torn down during the war. Indeed, the war years saw the neighborhood slide to its nadir. Many of the more substantial old houses were requisitioned by the military, as lodgings , as jukebox canteen, and their rural-reared, piney-woods personnel treated them quite as Sherman did those Dixie mansions. Not that it mattered; not that anyone gave a damn. No one did; until soon after the way, the Heights commenced attracting a right new clientele, brave pioneers bringing brooms and buckets of paint; urban, ambitious young couples, by and large mid-rung in their Doctor-Lawyer-Wall Street- Whatever careers, eager to restore to the Heights its shattered qualities of circumspect, comfortable charm." 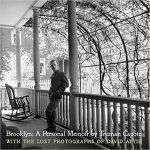