Today's selection -- from Listening for America by Rob Kapilow. George Gershwin, Porgy and Bess, and the controversy surrounding the "white appropriation of black culture":

"[The early twentieth century was] a time when white composers were freely appropriating black music for their own pur­poses, spirituals gave black singers, choirs, and arrangers an opportunity to transmit black music and culture on their own terms. They gave African Americans a place in white concert halls and a chance to perform for white audiences. This widespread exposure to spirituals had a major influence on what white people in general and two white artists in particular -- DuBose Heyward and George Gershwin -- thought of as an authentic, black musical sound.

"It is striking to see how naturally Gershwin's folk opera, Porgy and Bess, grew out of Dvorak's idea of an American music founded on its indigenous black music. As early as 1920, Gershwin talked about wanting to write 'operettas that represent the life and spirit of this country.' By 1925, a year after Rhapsody in Blue and still ten years before the premiere of Porgy and Bess, this general impulse had become a more specific desire to write an opera for African American singers because '[b]lacks sing beautifully. They are always singing; they have it in their blood.' A year later, during the summer of 1926, Gershwin read DuBose Heyward's immensely pop­ular 1925 novel, Porgy, supposedly in a single mesmerized sitting, and the desire became concrete: to turn Heyward's novel into the first American 'folk opera.'

"Though Gershwin's vision of an opera based on Heyward's novel might have coalesced in a single afternoon in 1926, it would take nine difficult years for that vision to become a reality. Gershwin immedi­ately approached Heyward about turning the novel into an opera, but at the time Heyward and his wife, the playwright Dorothy Hartzell Kuhns, were busy turning Porgy into a play that would be produced by the Theatre Guild. The stage version was as successful as the novel, and it launched the career of its innovative Armenian director, Rouben Mamoulian, who would ultimately direct Gershwin's Porgy and Bess as well. After the play opened, Gershwin and Heyward met in Atlantic City to discuss a collaboration, but Gershwin felt he needed more time and study to prepare himself to write an opera. These preparations involved composing an enormous amount of 'classical music' between Rhapsody in Blue in 1924 and Porgy and Bess in 1935, including the Concerto in F (1925), An American in Paris (1928), the Second Rhapsody (1932), the Cuban Overture (1932), and Variations on 'Got Rhythm' (1933-34). When the Metropolitan Opera finally got around to commissioning an opera from Gershwin in 1929, he chose to adapt Szymon Ansky's The Dybbuk rather than Porgy, but after several years, The Dybbuk project fell through because of problems acquiring the rights. At the same time, a plan for Al Jolson to star in a Jerome Kern/Oscar Hammerstein version of Porgy had also fallen apart.

"Finally, by the fall of 1933, with the economic pressures of the Depres­sion weighing heavily on Heyward, he struck a deal with Gershwin. Heyward would write the libretto, and Heyward and Ira Gershwin would collaborate on the lyrics. Ira took charge of the up-tempo, Broadway-style numbers, Heyward wrote the more lyrical ones, and the two polished every­thing together. Though Otto Kahn offered Gershwin a $5,000 bonus if he produced the work at the Met, Gershwin declined, claiming that he 'felt that for the Met to acquire an all-Negro cast to be available six to eight per­formances a season, was not too practical a project.' Instead, they decided to produce the project on Broadway with the Theatre Guild, the same group who had produced the play Porgy in 1927. Gershwin began sketching the work in February 1934, completed the score eleven months later, and then spent nine months orchestrating the mammoth work in time for its Boston premiere on September 30, 1935. (Its Broadway premiere would follow on October 10, 1935.)

"The work was controversial from the moment it opened, and that controversy continues unabated today. In Ellen Noonan's 2012 book The Strange Career of Porgy and Bess: Race, Culture, and America's Most Famous Opera, she examines 'the opera's long history of invention and reinvention as a barometer of twentieth-century American expectations about race, cul­ture, and the struggle for equality.' Given the complexity of the racial, cultural, and musical issues surrounding the work both in its time and ours, we would do well to keep Santayana in mind: 'We must welcome the future remembering that soon it will be the past and we must respect the past remembering that once it was all that was humanly possible.' [emphasis mine].

"No work in this book raises issues of white appropriation of black culture more profoundly than Porgy and Bess. Who owns the cultural heritage of black Americans? Who has the right to tell their stories, and what consti­tutes an authentic telling of those stories? These questions are at the heart of both the underlying controversy surrounding Porgy and Bess and its ongo­ing cultural importance, and to begin to come to terms with them requires an understanding of DuBose Heyward, what he and Gershwin were trying to accomplish, the opera's place and meaning in the cultural context of the time, and what relationship the fictional world of Catfish Row had to do with the real world of Cabbage Row, the Charleston, South Carolina, neighborhood on which it was based." 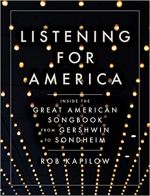