Today's selection -- from Lost Explorers by Ed Wright. Abubakari II was a Malian who ascended to the throne in 1310. He controlled most of western Africa and an incredibly wealthy state with more than one million subjects.  He may have sailed to the Americas in 1311:

"More than a hundred years before the Portuguese had cleared Cape Bojador in the Western Sahara, and almost two hundred before Columbus 'discovered' the Americas, there is some evidence to suggest that Abubakari II, Emperor of Mali, crossed the Atlantic and visited the Americas. The idea even received support from Columbus himself, who wrote in his journal about African journeys from the Guinea coast to the Americas and supposed this was how the South Americans had learned techniques of alloying gold.

"At the time, the Malian empire was arguably the richest state on earth. Founded in 1235, by 1310 when Abubakari II came to the throne it had control of most of western Africa, form the inland trading cities of Timbuktu and Gao on the fringes of the Sahara to the Guinea coast. The empire ruled millions of subjects, its three gold mines were responsible for producing more than half of the Old World's gold and it also profited from the extremely lucrative salt trade. ...

"[It is from] Inslamic historian al-Umari's conversations with Mansa Musa [Abubakari II's successor] that we have our best account of Abubakari's mission. Apparently, when Abubakari came to the throne in 1310, he ordered two hundred boats to set out to check whether, like the Niger River, the Atlantic Ocean had a far bank. In order to maximise the chances of success, a variety of boats was constructed.

"Some of them would have been pirogues, which resembled a canoe, while others were probably based on Arab boats such as the dhow. Each of the two hundred vessels had a supply barge attached, with enough dried meat grain and preserved fruit in ceramic jars to last for two years, as well as cotton goods and gold for trade.

"Of the two hundred vessels that departed only one returned. The captain reported to the mansa that:

we sailed for a long time, up to the moment when we encountered in mid-ocean something like a river with a violent current. My ship was lost. The others sailed on, and gradually each of them entered this place, the disappeared and did not come back. We did not know what had happened to them. As for me, I returned to where I was and did not enter the current.

"It seems that most of the fleet was destroyed in a giant whirlpool. Yet Abubakari II's curiosity was not diminished by this tale of natural disaster. He determined to make the voyage himself. In 1311 he abdicated, leaving matters of state in the hands of his younger half-brother Musa, and set off at the head of an expedition whose two thousand ships and their supply barges made it ten times as large as the previous one. They sailed off into the Atlantic from where The Gambia is today and were never heard from again.

"Powerful but inconclusive arguments have been made to suggest that at least some of the fleet landed in America. The locations usually suggested are Recife in Brazil, or the Caribbean, where the Garifuna, a tribe known to the Europeans as Black Caribs, claimed pre-Columbian African ancestry. Arguments for a pre-Columbian Malian presence in the Americas include the prevalence of the bottle gourd, a native African plant, in South American cultures; the composition of spearheads, indicating the use of Malian gold; linguistic traces of Mandinka languages in the regions where the fleet may have landed; and Columbus's assertion that he saw black traders working in the Americas when he arrived." 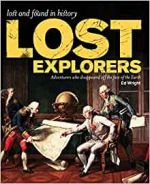