Today's selection -- from Charles E. Hires and the Drink that Wowed a Nation: The Life and Times of a Philadelphia Entrepreneur by Bill Double. Though root beer had long been an American homemade staple, traditionally made using the root bark of the sassafras tree, Charles Hires took a  recipe and built a national business with the beverage -- the first of its kind:

"[Charles E.] Hires completed his apprenticeship at sixteen. By age twenty-one he had saved enough money to open his own drugstore in Philadelphia. Here the entrepreneurial flair and marketing savvy that would define his career quickly surfaced. Spotting gold where others saw dirt, Hires transformed a moun­tain of fuller's earth salvaged from a construction site into a profitable branded fabric cleaner.

"Three years later he sold the drugstore to found what would become a prosperous business wholesaling drugs and botani­cal products. The budding capitalist's career path took a fate­ful turn following a farm vacation with his recent bride, Clara Kate, in 1875. Their hostess served the prim young couple an herb tea brewed from roots, bark, and berries that she had for­aged. Smitten with the drink's flavor, Hires returned to Phila­delphia with its recipe in his pocket. Reformulated, refined, and renamed, the concoction that emerged from Hires' drugstore was an early convenience food. No longer would housewives be required to gather and process a slew of ingredients to prepare a refreshing beverage for their families. A twenty-five-cent box of Hires' Household Extract, when combined with water, sugar, and yeast, yielded five gallons of delicious 'root beer.'

"Hires' success, however, was not primarily due to his drink's distinctive taste or pure natural ingredients, although many purchased and obviously enjoyed it. Charles Hires was a born innovator and entrepreneur, to be sure. But perhaps his greatest gift was his ability to harness and exploit the nascent power of advertising. His ad campaigns, bold and persistent, catapulted his humble homemade beverage into millions of households and transformed the country's drinking habits. It began with a daily one-column by one-inch ad in Philadelphia's Public Ledger that a hesitant Hires felt he could not afford. Despite his anxiety, something in the young man's character inspired confidence. The newspaper's publisher agreed to delay billing Hires for the ads until sales increased enough to cover their cost.

"To Hires' good fortune, advertising in America was becom­ing a potent force for selling products of all kinds. A second industrial revolution was transforming an agrarian society of small producers into an urban society where large industries held sway. Aided by new technology, manufacturers had begun to churn out standardized products ranging from cigarettes to soap in massive quantities. They turned to advertising to cre­ate markets for their wares. The medium's surge was fueled by the growth of large-circulation newspapers, the advent of color trade cards, and the emergence of national magazines. Pitches for patent medicines, which had dominated the rural journals of the early nineteenth century, were joined by ads for the prod­ucts of mass production. Advertising agencies began to shed their traditional roles as mere space brokers to become the cat­alysts of an advertising age.

"Hires exploited these trends with the optimism of youth and the commitment of a convert. Adopting a strategy many regard­ed as foolhardy, he poured every spare penny of profits from his botanical drug business into promoting his root beer. As sales increased, Hires pressed the Public Ledger to abandon newspaper tradition and allow his ads to run across multiple columns. Hires Root Beer ads in color began to adorn the pages of Ladies' Home Journal and other national magazines. Trade cards and billboards also were fair game for Hires' blitz. After a modest start, root beer sales achieved astonishing momentum. Hires' unprecedented ad­vertising campaign propelled his once obscure beverage extract into a national brand within ten years. 'Doing business without advertising is like winking at a girl in the dark,' Hires was fond of saying. 'You know you are doing it, but nobody else does.'

"Despite the heady results of his extraordinary promotional push, Hires' feet remained firmly planted. He understood that advertising might persuade a buyer to try his product, but that its quality was crucial to repeat sales. He insisted on using only the finest natural roots, herbs, and berries obtainable. It was said that he complied with the strictest provisions of the pure food laws years before the enactment of such statutes. Hires earned his reputation by perfecting his root beer and building it into a national brand." 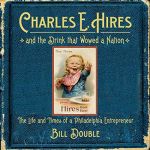