Today's selection -- from Imperial China by DK. Marco Polo’s book, "Description of the World," awakened Europe to the wider world:

"Marco Polo was born around 1254 into a prosperous merchant family in the Italian city-state of Venice. When he was six years old, his father, Niccolo, and his uncle, Maffeo, left Venice on a trading mission, passing through the Black Sea region and Central Asia and eventually joining a diplomatic trip to meet the Mongol ruler Kublai Khan ... at Dadu, present-day Beijing.

"Kublai was intensely curious about the European legal, political, and administrative systems and wanted to learn more about Europe's religious beliefs. Accordingly, he sent Niccolo and Maffeo Polo on a goodwill mission to meet the pope in Rome. They returned to Italy in 1269. Two years later, they set out again -- this time with the 17-year-old Marco Polo ­bearing gifts from the pope for Kublai Khan. They sailed first to Acre (in present-day Israel) and continued, possibly by camel train, to the Persian port city of Hormuz. From there, they followed the Silk Road .... Mongol control over much of Eurasia had ushered in a period of peace known as the Pax Mongolica in which travel and trade along the Silk Road had increased greatly.

"Finally, around 1274-1275, after trekking across the great Gobi Desert and skirting the northern frontier of China, the family arrived at Kublai Khan's opulent summer palace at Shangdu (Xanadu), north of Beijing. Kublai took Marco Polo into his court and he became a great favorite of the emperor's. Polo was educated in the court, where he learned Mongolian and Chinese customs. He attained such a position of trust that he was sent on official business to the port city of Hangzhou, which, like Venice, was built around a series of canals. The young Polo was overawed by its huge population, its bustling commerce, its market squares, and its traders, who brought food on carts and in boats. Polo also traveled across inland China into present-day Myanmar. The Polo family finally returned home in 1295 -- the year after Kublai's death sent the Mongol Empire into decline. Shortly afterward, Marco Polo was captured in battle by Venice's archrival Genoa. During his time in prison, Polo met a fellow captive, the Italian adventure writer Rustichello of Pisa, to whom Polo dictated a 298-page manuscript that was entitled 'Description of the World.'

"First published around 1300, the 'Description of the World' has become better known as The Travels of Marco Polo. In it, Polo chronicles his encounters with people from diverse religions and cultures and with unfamiliar animals and birds. He describes his extraordinary adventures in some of the world's harshest and most inhospitable regions, including high mountain passes, arid deserts, and treacherous seas. He also paints a vivid picture of Kublai Khan and life in his imperial palaces, paper money, coal, gunpowder, printing, and many other innovations that had not yet appeared in Europe.

"The book became a bestseller and awakened Europe to the potential benefits of international trade and expansion. Although early commentators disputed the credibility of Polo's work, most modern scholars accept that his text is based on authentic experience, in part thanks to his incidental descriptions, such as his discussion of currency, salt production, and revenues from the salt monopoly. Although prone to embellishment and some self-aggrandizing tales, the narrative has an immediacy that is difficult to dismiss." 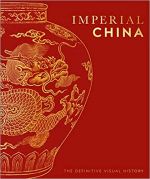