Today's encore selection -- from The Lost Explorers by Ed Wright. Alexandrine Tinné, the richest woman in the Netherlands, explored Africa in the mid-19th century. She was murdered by the Tuareg in Libya when she was betrayed by her guide:

"When Alexandrine Tinné's wealthy, liberal Dutch merchant father died when she was ten years old, she became one of the wealthiest heiresses in Europe. Her life was a whirl of tutors and finishing schools, before she was released into high society with its London and Paris party seasons. Most girls of her ilk would have found themselves an aristocrat or plutocrat and settled down to family life, but a holiday to Egypt, the Holy Land and Damascus when she was nineteen radically changed the course of her life.

"In 1857 Tinné returned to Egypt with the intention of exploring the Nile. She set off with her mother up the Nile, reaching Ramses II's temple at Abu Simbel, before being forced back by the stones and rapids of the Second Cataract in Nubia. Three years later, she returned with her mother, aunt and a stack of equipment: thirty-two boxes containing tables and chairs, cupboards, mirrors and paintings, as well as forty water tanks, a good supply of guns and a steamboat.

"This time she was more successful. When they reached Gondokoro in southern Sudan they were farther down the Nile than any European before them. The expedition reached as far as Jabal Dinka before being forced to halt for lack of supplies. Instead of abandoning the expedition, Tinné waited while her mother, Henriette, herself the daughter of a celebrated Dutch vice-admiral, took the steamer back to Khartoum and returned with fresh provisions. They then continued upstream, fighting plagues of mosquitoes whose bites left their faces a series of puffed up lumps. They reached as far as Juba, where a memorial to Tinné inscribed by fellow lost explorer David Livingstone remains today. Fevers forced them to remain among the Shilluk tribesmen for a month. When they found the Nile's cataracts to the south impossible to navigate, they returned to Khartoum, where the next exploration scheme was hatched.

"Tinné's next journey was even more ambitious. Joined now by two gentlemen scientists, she planned to steam up the Bahr al-Ghazal (River of Gazelles), a tributary of the Nile, in order to ascertain whether its source was Lake Chad and whether from there the source of the mighty Congo River could be found. They steamed 500 kilometres (300 miles) up the White Nile, but the muddy shallows of the al-Ghazal proved unnavigable and they headed overland instead. The rainy season made camping cold and unpleasant and exacerbated the usual fever, while the soldiers they had hired for protection mutinied over rations. They nonetheless reached as far as the Zande tribes in southwestern Sudan before disaster struck. Struck down by fever, one of the scientists, then Tinné's favorite maid and, finally, her mother all died. A relief mission headed by her aunt, Adriana, met the expedition's survivors at Waw on the River Jur, and they struggled back to Khartoum, where Adriana died of fever in July 1864, seven weeks after they returned.

"Tinné was understandably grief stricken. As the instigator of these explorations she felt so guilty she decided she could never return to European society. She lived in Tunis, Cairo and Algeria, and became active against the slave trade, on one occasion establishing a refuge for freed slaves.

"In January 1869, with two Dutch sailors she convinced to join her, she left Tripoli in an Arab caravan headed across the desert to Lake Chad. The first 800 kilometers (500 miles) south to Marzuq were without incident. While she was there, she was persuaded by a guide to travel through unexplored Tuareg territory in the direction of Ghat. The guide promised her a meeting with the Tuareg chief Ichnunchen. However, not long after they had left a small oasis called Wadi Shergui, her guide disappeared and the party was confronted by armed Tuareg tribesmen. A fight broke out between Tinné's Arab servants and the Tuaregs. One of the Dutch sailors intervened and was speared to death. When Tinné raised her hand to stop the slaughter, one of the Tuaregs, perhaps thinking she held a revolver, chopped it off. She was left in the desert to bleed to death." 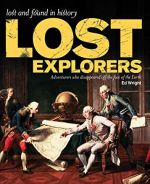