Today's selection -- from African Artists: From 1882 to Now by Chika Okeke-Agulu. The diversity of contemporary African art:

"Just as political independence provided the grounds for the emergence of modern art, con­temporary art, a post-1960s phenomenon, came in the wake of a reassessment by artists and citizens of Africa's realities after the euphoric period of political independence. Also, where modern art, for the most part, participated in the collective imagining of a new culture and society, contemporary art tended to be critical or sceptical of such concerns, largely because of widespread disappointments with -- and failures of -- post­-independence nation-building. As such, contem­porary art, as a distinct artistic phenomenon in Africa, covers diverse practices that question the political, cultural and ideological certainties of colonial and postcolonial modernity and artistic modernism. It resists being coopted by cultural nationalism, goes beyond painting, sculpture and documentary photography, and embraces various forms of installation, performance, new media and conceptual art. Moreover, contemporary artists, distanced as they are from the experience of colonialism, adopt a diverse range of critical posi­tions on tradition and heritage, socio-economic formations and structures, and political and ide­ological affiliations. Whereas affirmative theories and ideas such as Negritude, Pan-Africanism and, to a lesser extent, Pan-Arabism informed modern artists' search for formal language and subject matter expressive of supposedly true Black and African subjectivity, contemporary art bypasses or establishes a critical attitude to them.

"There have been two key drivers of contem­porary African art from the late 1970s onwards. The first are short-term artist workshops, particu­larly those associated with the London-based Triangle Arts Trust, beginning with the Thupelo Workshop in Johannesburg in 1985. Throughout the 1990s, Triangle workshops held in twelve countries enabled critical alliances among par­ticipating artists within the continent and beyond. They catalyzed artists' travel and the circulation of ideas, thus making the field of contemporary art significantly continental and international. Also, new spaces, studios and artists' networks result­ing from the workshops -- including Bag Factory (Johannesburg), Greatmore Studios (Cape Town), Kuona Trust (Nairobi) and Thapong Visual Arts Centre (Gaborone) -- provide alternative and sus­tainable resources for art production, exhibition and exchange.

"The second is the rise of artist groups that advocate fresh approaches to art-making and discourse, often in response either to the art that came before or to their sociopolitical context. In Senegal, Laboratoire Agit'Art emerged in the 1970s, adopting assemblage, performance and conceptual modes as a critique of the earlier art of the Ecole de Dakar. About the same time, in the Sudan, the Crysta list Group used similar tac­tics to distance itself from the Khartoum School, to expose the absurdity of modern life and to emphasize art's sensory pleasures. In Egypt, the early 1980s saw the rise of Axis Group, whose major concern was in combining Western mod­ernist and indigenous practices to advance the cause of Arab solidarity. For its part, the Ethiopian collective known as Dimension emerged in the 1990s, rejecting the two dominant artistic modes of the period: modernist painting inspired by ancient Christian and indigenous imagery, and the socialist realism of the communist Derg era. In Kenya, the Sisi Kwa Sisi took on the art estab­lishment's elitism, the corruption of the political class and the neo-imperialism of Western powers, through didactic, populist art presented in street­side exhibitions. In South Africa, at the height of the anti-apartheid movement in the 1980s the Afrapix group of photographers used documentary photography to bear witness to the racist regime's violent confrontation with resistance groups. The past two decades have witnessed the formation of collectives and groups that either focus on their local environments or seek continental connections. For instance, Cape Town's multidisciplinary group Gugulective has, since 2006, produced artistic events and actions outside of normative art spaces as a critique of art-world elitism and the failed promise of the post-apartheid 'Rainbow Nation'. On the other hand, the Lagos-based Invisible Borders seeks to connect contemporary photographers by sponsoring intra-continental working trips, thereby encouraging new imaginaries that transcend the confines of national cultures and borders.

"The field of contemporary African art has expanded and grown in unprecedented ways, driven by internal developments in art patronage, primary and secondary markets, and the emer­gence of better-resourced art institutions. Until the 1990s, African artists depended largely on outsiders for support, a carryover from the colo­nial period. Moreover, the imposition of austerity measures as part of the International Monetary Fund's Structural Adjustment programmes in many African countries, as well as economic mismanagement by national governments, dev­astated cultural and educational institutions, depressing the continent's nascent art industry during the 1980s. However, the consolidation of democratic governments and better economic outlook since the 1990s have given rise to a new generation of art collectors, the establish­ment of commercial galleries, biennials, art fairs and auction houses, as well as non-commercial art spaces and museums in major cities such as Abidjan, Accra, Addis Ababa, Cairo, Cape Town, Dakar, Johannesburg, Lagos and Rabat. Similarly, international attention on African art­ists has grown exponentially, with group and one-person art exhibitions in major museums, biennials and galleries in Europe, the United States and Asia, just as new and vigorous art scholarship and publications have ensured their inclusion in emerging canons of global contemporary art.

"Today, African artists, whether they live and practice on the continent or in cities and towns around the world, draw on the legacies of more than one hundred years of critical engagement with art's imaginative possibilities, with their shifting sociopolitical contexts, and with the idea of Africa and its complex entanglements with the rest of the world. ..." 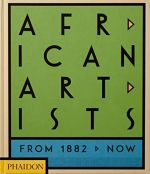