Today's encore selection -- from The Eye by Nathan Williams. Christian Dior brought beauty to a war-ravaged Europe in the 1940s and 1950s:

"Christian Dior opened his eponymous haute couture house in Paris in October 1946 with one clear intention: to encourage women to experience joy and beauty again after the strife of World War II. At the time, he was 41 years old and had gained extensive experience in dressmaking, having worked at the ateliers of Robert Piquet and Lucien Lelong. Yet establishing his own label wasn't a lifelong ambition. In fact, as a child growing up in the popular French seaside town of Granville, Dior dreamed of becoming an architect. Perhaps this explains his fixation on shape, structure and form, which became an intrinsic part of his vision from the start.  The word 'revelation' is frequently used in fashion today, but in the case or Dior's couture debut on February 12, 1947, it's appropriate. Titled 'Corolle,' the collection comprised soft-shouldered dresses and jackets with waspy waists and rounded hips, in addition to full, shin-grazing skirts.

"The proportions were so pointedly feminine for the period that editor Carmel Snow famously remarked that Dior had pioneered a completely 'new look' -- a phrase that came to define the line. This elegant New Look instantly appealed to women whose wardrobes had been stifled by wartime rationing, and it wasn't long before starlets such as Rita Hayworth and Margot Fonteyn came calling.

"In a matter of months, Dior had inadvertently put Paris at the epicenter of high fashion. Over the next decade, he continued to champion new silhouettes that celebrated the female form and embodied the spirit of the time. Hallmarks included the curvaceous oval dresses of Spring/Summer '51, the understated yet glamorous H-line designs of Autumn/Winter '54 and the playful A-line skirts that became the focal point of his Spring/Summer '55 show. Dior passed away unexpectedly just two years later at the pinnacle of his power. He left a short-lived but meteoric legacy that not only changed the face of fashion but also helped commercialize Parisian style worldwide. His maison and his inimitable sensibility continue to thrive today." 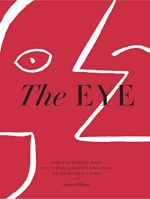