delanceyplace.com 11/13/13 - the self-determination of all nations

In today's selection -- from The Brothers: John Foster Dulles, Allen Dulles, and Their Secret World War by Stephen Kinzer. In 1919, while in Paris to negotiate the terms of the defeated nations after World War I, American president Woodrow Wilson argued strongly for the principle of self-determination for all nations. And why not? After all, the American Revolution had been fought over that principle. The idea was so powerful that it unleashed an ideological revolution that still echoes to this day. But at that time and in the decades that followed, neither the United States nor its European Allies -- which had colonies all around the globe -- were truly prepared to live up to that principle:

"[In 1919], present and future leaders of nearly a dozen countries came to Paris to promote their causes. ...

"The twenty-eight-year-old Vietnamese nationalist who would later be known as Ho Chi Minh had already seen much of the world. He had visited India, Africa, the Middle East, Europe, and even the United States, where he worked briefly as a pastry chef at the Parker House Hotel in Boston. The end of the Great War found him in France, which ruled his native Vietnam as a colony. There he became an anticolonial agitator. Soon after the peace conference convened, he published a broadside demanding for Vietnam 'the sacred right of all people for self-determination.' He had several thousand copies printed, distributed them widely -- the text set off riots when it reached Saigon -- and on a June morning in 1919 carried one to the Hotel Crillon, where he hoped to present it to Wilson. By one account he even rented a morning suit for the occasion. He was unable to see Wilson, but delivered his pamphlet to Colonel House, and received a note acknowledging its receipt. ... 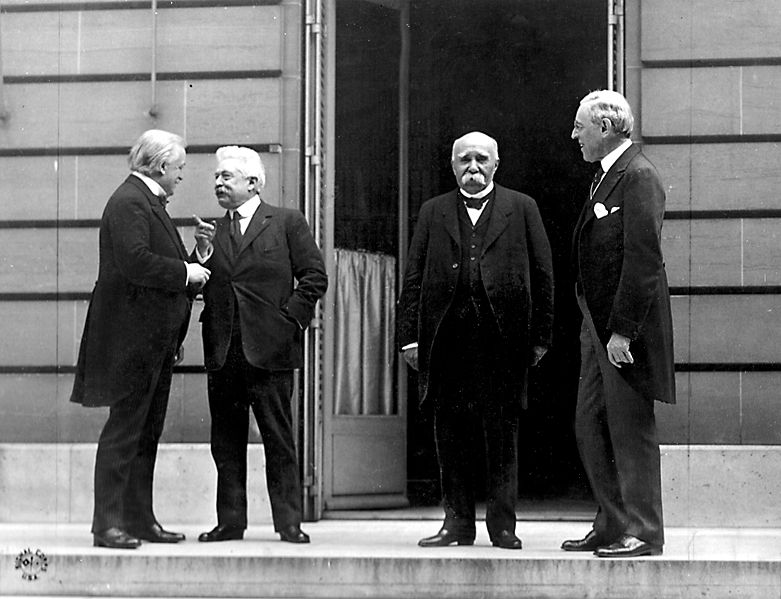 "Wilson argued ceaselessly for the principle of self-determination. He defined the term as meaning that 'national aspirations must be respected,' that no people should be 'selfishly exploited,' and that all must be 'dominated and governed only by their own consent.' His application of this principle, however, was highly selective. He believed that self-determination was the right of people who lived in the collapsing Ottoman and Austro-Hungarian empires, but not those who lived in overseas colonies. That excluded the Vietnamese, so the conference ended with Ho Chi Minh empty-handed. A year later he became a founding member of the French Communist Party. He then made his way to Moscow, joined the Comintern, and set out to wage revolutionary war against the overlords of the world. ...

"Wilson's double standard set off four other explosions of anger from subject peoples. All broke out within a few months of one another in the spring of 1919: a revolution against British rule in Egypt, an anti-Japanese uprising in Korea, the opening campaign of Gandhi's epic resistance movement in India, and a wave of protest by anti-imperialists in China, which the independence leader Sun Yat-sen attributed to their anger at 'how completely they had been deceived by the Great Powers' advocacy of self-determination.'

"By refusing to confront nationalist demands that were emerging in these and other countries, the Western leaders who gathered in Paris laid the groundwork for decades of upheaval. Their determination to preserve their dominions far outweighed their commitment to the abstract principle of self-determination. This was as true for Wilson as for the others.

" 'If the United States delegation had agreed to examine the status of the French colonies, a colossally pernicious Pandora's box would have been opened, and a principal edict of diplomacy violated, having to do with those living in glass houses,' the historian David Andelman wrote in his account of the peace conference. 'After all, who were the Americans to cast stones when they had their own possessions -- from the Philippines to the Caribbean? If the peace conference were open to the issue of places like [Vietnam], why not Hawaii or Puerto Rico for that matter?' "