In today's selection -- from John Tyler by Gary May. In April, 1841, U.S. president William Henry Harrison died in office of pneumonia after serving only thirty-two days as president. It was unclear from the ambiguous wording of the Constitution exactly how to proceed. Was his vice president, John Tyler, supposed to become president or merely act as president? Would he hold the office, or just the "powers and duties" associated with the office? Would his cabinet cast equal votes in reaching decisions with majority rule, as suggested by Daniel Webster? Did he need to take an oath of office? And was he strong enough to truly lead or would he be a puppet for Congress and its leader, Senator Henry Clay?:

"For many, the tragedy of Harrison's death was compounded by [John] Tyler's ascension. Two former presidents of different parties were especially upset. Andrew Jackson, a Democrat, called Tyler 'an imbecile in the Executive Chair.' Jackson's nemesis, Whig congressman John Quincy Adams, thought Tyler 'a political sectarian of the slave driving, Virginian, Jeffersonian school ... with all the interests and passions and vices of slavery rooted in his moral and political constitution.' For Adams, Harrison's death brought to the presidency 'a man never thought for it by anybody.' Like many of his fellow Whigs, Adams dismissed Tyler as merely an 'Acting President' temporarily exercising the powers of the office without lawfully occupying it.

"Others believed that Tyler's mild, patrician manner meant that he would be easily controlled. 'I fear that Tyler is such a poor weeping willow of a creature,' the editor Francis P. Blair told Jackson, 'that he will resign all to the audacious depravity of the political black-leg.' That depraved black-leg was Senator Henry Clay of Kentucky, perennial presidential aspirant and leader of the congressional Whigs. The Whigs believed in a weak presidency dominated by a strong Congress, and Clay planned to govern the country from the Senate. Harrison tried to resist but had proved no match for the wily Clay. With Tyler widely viewed as but 'a flash-in-the-pan' whose main 'defect' was a lack of 'moral firmness,' Clay hoped to continue his domination until he could win the presidency in 1844. But Tyler, within hours of his arrival in Washington, showed the Whig cabinet that he was stronger than they had expected. 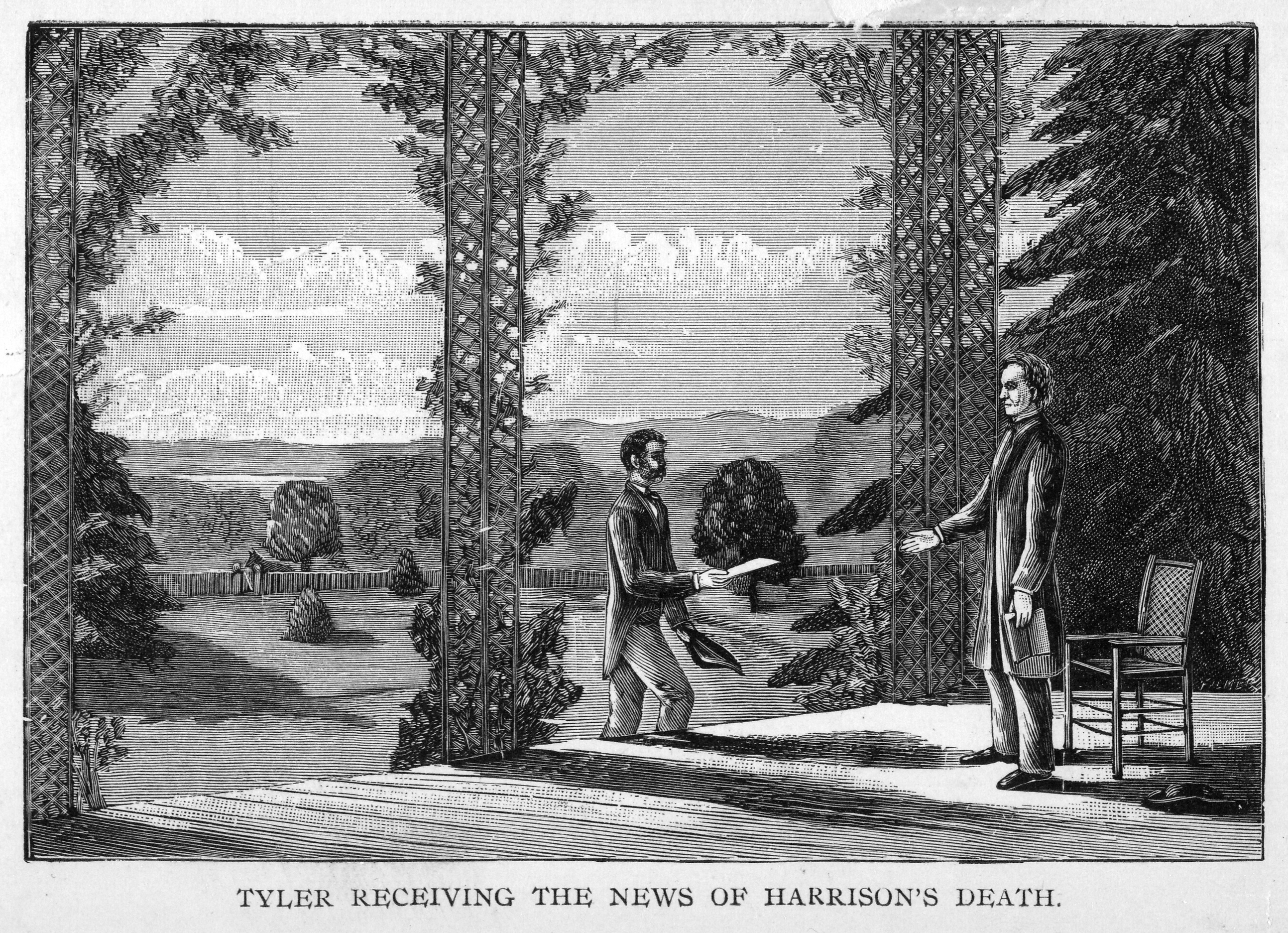 "The new president was aware that his actions would create precedents that would bind his successors. Indeed, if Tyler did nothing else during his years as president, this first decision would secure his place in history. Regarding presidential succession, the Constitution was vague and ambivalent. Article II, Section 1 stated, 'In case of the removal of the President from Office, or of his Death, Resignation, or Inability to discharge the Powers and Duties of the said office, the Same shall devolve on the Vice President.' But to what did the words 'the same' refer? The office, or just the powers and duties which the vice president would temporarily discharge until a new president was elected? The Twelfth Amendment, ratified in 1804, only added to the confusion. It created a system by which electors voted for candidates clearly designated president and vice president and stated that should the chief executive die the 'Vice-President shall act as President' -- not become president. The records of the Constitutional Convention were not available to Tyler and his contemporaries; works by noted lawyers and jurists were equivocal, some arguing that the founders intended that the vice president assume both the office and its powers, and others disagreeing.

"Tyler tended to interpret the Constitution narrowly and in the past had been critical of Andrew Jackson's aggressive presidency. But now he was willing to be guided more by circumstance than by principles. His colleagues had judged him by his quiet and passive manner but, in fact, Tyler was fiercely ambitious. None of the previous vice presidents had held so many political offices -- state legislator, governor, U.S. congressman, senator, and vice president -- and Tyler saw himself as the successor not simply of William Henry Harrison but of the other Virginia presidents -- Washington, Jefferson, Madison, and Monroe.

"With Harrison's cabinet assembled, Tyler declared that he was not the vice president acting as president but the president of the United States, possessing both the office and its full powers. When Secretary of State Daniel Webster explained that President Harrison and his cabinet cast equal votes in reaching decisions and that the majority ruled, Tyler announced that he could not accept such a practice. 'I beg your pardon, gentlemen,' he said. 'I am very glad to have in my cabinet such able statesmen as you have proved yourself to be. And I shall be pleased to avail myself of your counsel and advice. But I can never consent to being dictated to. I am the President and I shall be responsible for my administration.' If they found this unacceptable, they should resign, although he preferred that they remain at their posts for the present. No one challenged Tyler or submitted a resignation. Webster then suggested that, given the uncertainty caused by Harrison's death, it might be wise if Tyler took the oath of office. He agreed, though he personally did not think it necessary. A short time later, William Branch, the chief justice of the United States Circuit Court of the District of Columbia, administered the oath and Tyler formally became the tenth president of the United States, and, at fifty-one, the youngest man ever to hold the office.'

"Tyler must have been pleased with his first day as president. He established a precedent that would affect the future of the presidency long after he left office and he had managed to keep Harrison's government intact, which provided stability at a critical time."