Today's selection -- from The American West by Anne M. Butler and Michael J. Lansing. In the late 1700s, the western parts of North America now referred to by scholars as Comancheria and Apacheria were the scene of large-scale sex slavery little commented on by historians:

"The land that seemed so distant and romantic, so receptive to myth-building -- French Louisiana and Spanish Texas -- should have drawn the close scrutiny of the Americans. There they would have seen that the Spanish moving north out of Mexico and the French moving south out of Canada and the Ohio Valley mingled with Indians in places that would be known as Comancheria and Apacheria. The overlay of cultures produced a world distinct from other regions of Native-European interaction.

"After the French and Indian War, Spain gained administrative control of Louisiana. By this time, the French had added the Comanche and Wichita Indians to their earlier alliance with the Caddos. These Indian tribes came to a position of economic and political dominance across the region. A prominent component of these interlocking commercial relations included a vigorous trade in female slaves. 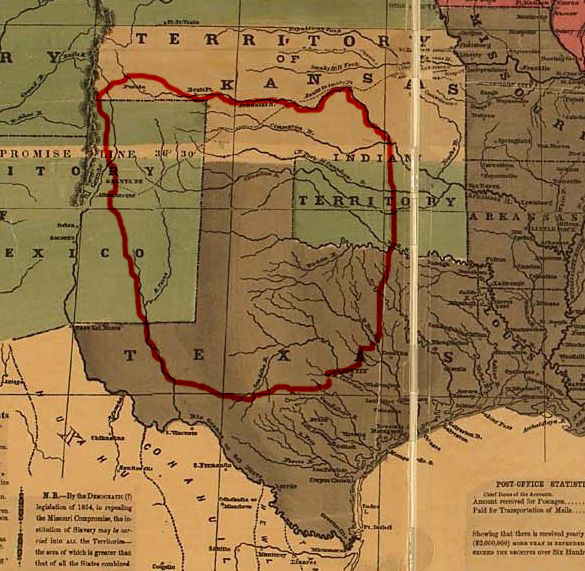 "The armies of men see-sawed between military aggression and peace-keeping ventures. In the teetering back and forth, women and children of the foe became targets for capture. Within this environment, the most vulnerable of the enemy camp were actively pursued as captives. This system led to widespread occasions of human slavery, predicated not on race, but on gender.

"Although a woman in a Native society often held carefully delineated economic and political power, when separated from her cultural community, a woman could find that her decision-making and personal agency evaporated. Instead, now held by an enemy camp, a woman became quite powerless, transformed into a slave to be used for forced labor -- domestic, mercantile, or sexual. Often referred to almost benignly as 'captivity,' the condition was, in fact, slavery, one in which women had no control over what happened to them.

"In this unsavory circumstance, women were valued as war booty. Men were not seen in the slave trade, as they either killed themselves before capture or were murdered when apprehended. Women and children, however, might be captured as punishment against an offending tribe, such as when the Spanish carried off Apache women. In addition to inflicting emotional pain on the enemy, the Spanish anticipated the value of the captives as a trade item during peace discussions, which they assumed would materialize at some point. The women, however, had no idea how long their slavery might last or its outcome -- sold off to a jobber for labor and death, given as a 'gift' during peace talks, exchanged for female slaves held by their captors' foes, murdered, raped, or married.

"The French moving south and west on the Plains during the eighteenth century more than dabbled in this slave trade, as they stoked the fires of their Indian alliances. Natchitoches and its nearby fort was a trade center, where the French acknowledged the most valuable goods were horses, pelts, and slaves. The trade in female slaves allowed men on both sides of the table to enhance their commercial and diplomatic ties. 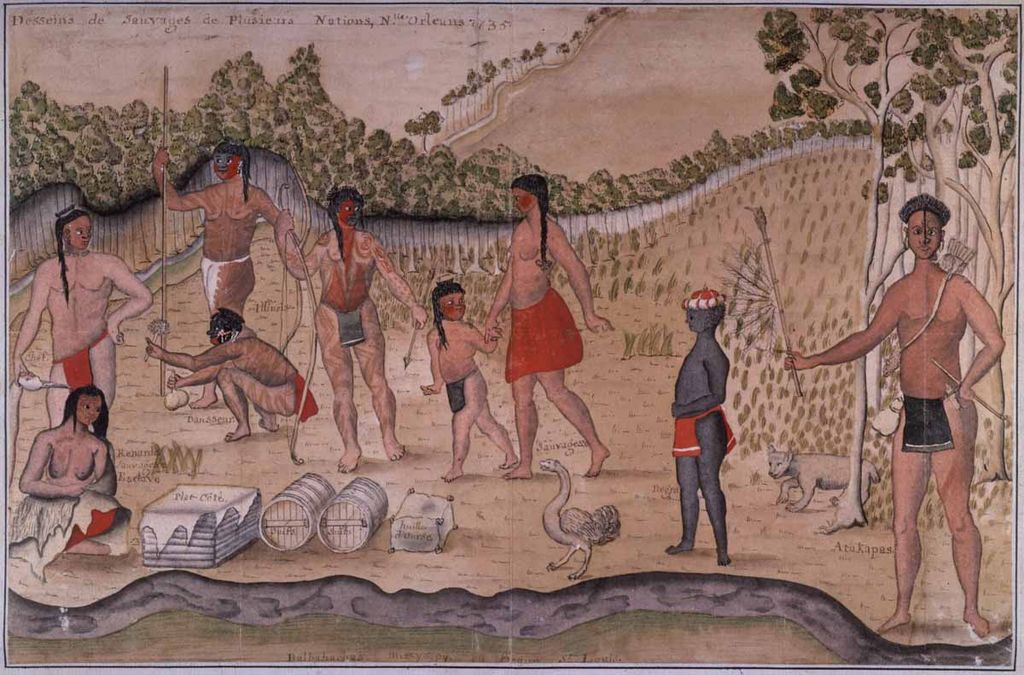 Bottom left A female slave affiliated with the "Renard" (Fox or Mesquakie) tribe,
who accompanied Illinois Indians on a visit to New Orleans.
(colored pen and ink by Alexandre de Batz, 1735)

"In this swirl of several Indian tribes, Spanish administrators, and French traders, men of opposing sides cooperated in perpetuating the traffic in women, holding them in a bondage that was neither gentle nor brief. Women were an instrument to be used for the advance of masculine political and economic strategies. In the meantime, female captives changed the demographics of American slavery, forcibly held in western lands that were increasingly mythically regarded as a paradise of unfettered freedom. Such unattractive elements in western life, as this female slavery, were typically minimized or ignored."