In today's encore selection -- from "How Babies Think" by Alison Gopnik. The prefrontal cortex, which is the part of the brain associated with emotional maturity, does not fully develop in humans until they are in their mid-twenties. This may be because the prefrontal cortex, though it brings emotional balance, focus, planning and efficient action, restricts a person from the most creative aspects of learning:

"From an evolutionary perspective, one of the most striking things about human beings is our long period of immaturity. We have a much longer childhood than any other species. Why make babies so helpless for so long and thus require adults to put so much work and care into keeping their babies alive?

"Across the animal kingdom, the intelligence and flexibility of adults are correlated with the immaturity of babies. 'Precocial' species such as chickens rely on highly specific innate capacities adapted to one particular environmental niche, and so they mature quickly. 'Altricial' species (those whose offspring need [long] care and feeding by parents) rely on learning instead. Crows, for instance, can take a new object, such as a piece of wire, and work out how to turn it into a tool, but young crows depend on their parents for much longer than chickens.

"A learning strategy has many advantages, but until learning takes place, you are helpless. Evolution solves this problem with a division of labor between babies and adults. Babies get a protected time to learn about their environment, without having to actually do anything. When they grow up, they can use what they have learned to be better at surviving and reproducing -- and taking care of the next generation. Fundamentally, babies are designed to learn. 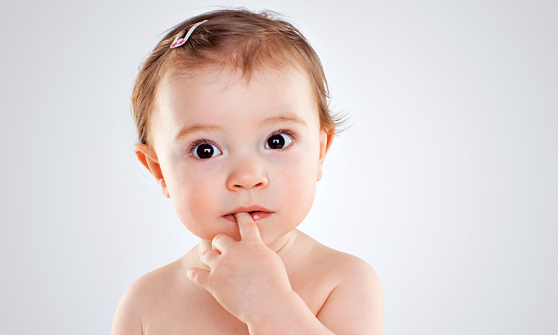 "Neuroscientists have started to understand some of the brain mechanisms that allow all this learning to occur. Baby brains are more flexible than adult brains. They have far more connections between neurons, none of them particularly efficient, but over time they prune out unused connections and strengthen useful ones. Baby brains also have a high level of the chemicals that make brains change connections easily.

"The brain region called the prefrontal cortex is distinctive to humans and takes an especially long time to mature. The adult capacities for focus, planning and efficient action that are governed by this brain area depend on the long learning that occurs in childhood. This area's wiring may not be complete until the mid-20s.

"The lack of prefrontal control in young children naturally seems like a huge handicap, but it may actually be tremendously helpful for learning. The prefrontal area inhibits irrelevant thoughts or actions. But being uninhibited may help babies and young children to explore freely. There is a trade-off between the ability to explore creatively and learn flexibly, like a child, and the ability to plan and act effectively, like an adult. The very qualities needed to act efficiently -- such as swift automatic processing and a highly pruned brain network -- may be intrinsically antithetical to the qualities."