Today's selection -- from Stuff Matters by Mark Miodownik. Sand and quartz melt at very high temperatures, and then reforms as glass. The first to bring this into everyday life were the Romans:

"Although the Egyptians and the Greeks made advances in glass making, it was the Romans who really brought glass into everyday life. It was they who discovered the beneficial effects of 'flux,' in their case a mineral fertilizer called natron, which is a naturally occurring form of sodium carbonate. With it, the Romans were able to make transparent glass at a much lower temperature than would be needed to melt pure quartz. In the few locations where the right raw materials and fuel for the high-temperature furnaces were available, they manufactured glass in bulk and then transported it throughout the Roman Empire using their vast trading infrastructure, supplying it to local craftsmen who would turn it into functional objects. None of this was revolutionary; it had been done before, but by making it cheaper, according to Pliny, they put it within the reach of ordinary citizens.

"The Roman love of glass as a material is perhaps best demonstrated by their imaginative new uses for it. For instance, they invented the glass window (the word means 'wind eye'). Before the Romans, windows were open to the wind, and although these might have wooden shutters or cloth curtains to keep out excessive wind and rain, the idea that a transparent material might be able to provide complete protection was revolutionary. Admittedly their glass windows were small and fused together with lead, because they did not have the technology to make large panes of glass, but they started our obsession with architectural uses of glass, which is still growing today. 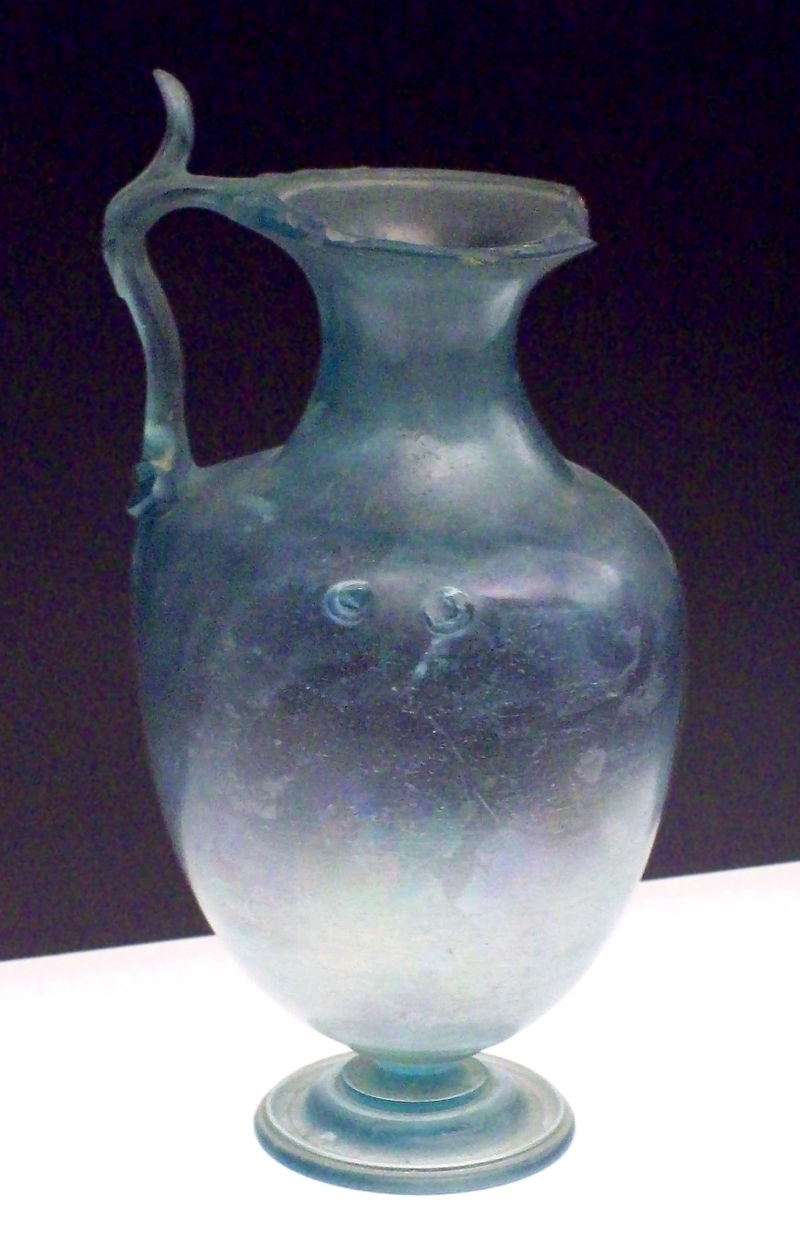 "Until the development of transparent glass, mirrors were simply metal surfaces, polished to a high shine. The Romans realized that the addition of a layer of transparent glass would protect this metal surface from scratches and corrosion while at the same time allowing them to reduce the metal surface to a thickness of a mere fraction of a millimeter. This dramatically reduced the cost of the mirror and increased its effectiveness and longevity, and remains the basis for almost all mirrors today.

"The Romans' innovation in glass technology didn't stop there. Up until the first century AD, almost all glass was crafted into objects by being melted and poured into a mold. This worked well enough for coarse glass objects, but required enormous skill to make anything more delicate. To make a wine glass with thin walls, for instance, required a mold with a thin cavity, but it was hard to get the thick, gloopy molten glass to flow into it. The Romans noticed, though, that solid glass could be made to behave like a plastic if it was hot enough. Using metal pincers, they could pull it into all sorts of shapes before it cooled down too much. They could even blow air into it while it was red hot, and when it cooled they would have a perfect solid bubble. By developing this technique of glass blowing, they were able to blow into existence thin-walled wine glasses, with a delicacy and sophistication that the world had never seen before.

"Until this time, drinking vessels had been opaque, made of metal, horn, or ceramic. The appreciation of wine was based solely on the way it tasted. The invention of drinking glasses meant that the color, transparency, and clarity of wine became important, too. We are used to seeing what we drink, but this was new to the Romans, and they loved it."