"In 2014, China awarded 34,000 PhDs in the natural sciences and engineering, as compared to 40,000 in the United States. More telling, China awarded 1.4 million undergraduate degrees in the natural sciences and engineering, almost four times as many as the 377,000 awarded in the United States. And while the number of these degrees has been increasing in both countries, that growth has been far faster in China. In ten years, PhDs awarded in China have increased by 146 percent as compared to 55 percent in the United States. China increasingly boosts its rate with expanded scholarship support, particularly for degrees like pharmaceutical science.

"One result has been that China now leads the world in scientific papers published, with 426,000 studies in 2016 as compared to 409,000 in the United States. According to the World Intellectual Property Organization (WIPO), China is now the second largest source of international patent applications behind the United States and 'is projected to overtake the U.S. within three years as the largest source of applications filed under WIPO's Patent Cooperation Treaty.' It already leads the world in digital communications patent applications. ...

"China produces more electric cars than anywhere else in the world, and it is already the world's leader in battery technology, leading The Financial Times to headline one article from September 2018, 'Why the future of electric cars lies in China: Tesla grabs the limelight, but the real story is elsewhere.' ...

"Chinese progress is just as pronounced in the most highly complex arenas. CRISPR-Cas9 is an astonishing new technology that can be used to edit genes within organisms. It holds seemingly unlimited promise (and risk) as a tool for enabling cures for diseases and for modification of life forms. Though developed in the United States, there is now more experimentation in China using this new technology than there is here at home, thanks to the greater availability of government funding and a more liberal regulatory environment. Dr. Carl June of the University of Pennsylvania, who is the leading immunotherapy researcher in the world and an early user of CRISPR, has stated, 'We are at a dangerous point in losing our lead in biomedicine [to China].'

"In addition, China aims to take the lead in artificial intelligence (A.I.). It envisions a $1 trillion A.I. industry, as CNBC reported in May 2018. ... Just as notable is the lead China may already have in the race for 5G, the next generation of mobile communications, according to a U.S. National Security Council memo. As the memo states, 5G is 'by no means simply a faster 4G . . . [but instead is] a change more like the invention of the Gutenberg Press.' As The Financial Times noted, with its much larger capacity for data, significantly reduced lag times, and greatly enhanced speeds, 5G is expected to extend well beyond phones and permeate every aspect of factories, automobiles, smart homes, robots, and more." 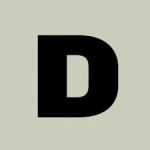