Today's encore selection -- from Hans Christian Andersen: European Witness by Paul Binding. Hans Christian Andersen (1805-1875) was a Danish author who left an indelible mark on Western culture with stories that transcend age and nationality such as "The Ugly Duckling," "The Princess and the Pea," "The Little Mermaid," "The Emperor's New Clothes," "The Snow Queen," "The Steadfast Tin Soldier," "Thumbelina" and "The Little Match Girl." His earliest writings were based on stories he heard as a child, but he soon brought the genre to a new level with bold and original stories that he labored over, meticulously constructing each phrase, image and theme. His most famous story, "The Ugly Duckling," while universal in theme, reflected his own struggle to overcome his ungainly looks and humble background. Some scholars believe it was also an expression of his struggle with his homosexuality in an era in which same sex relations were illegal: 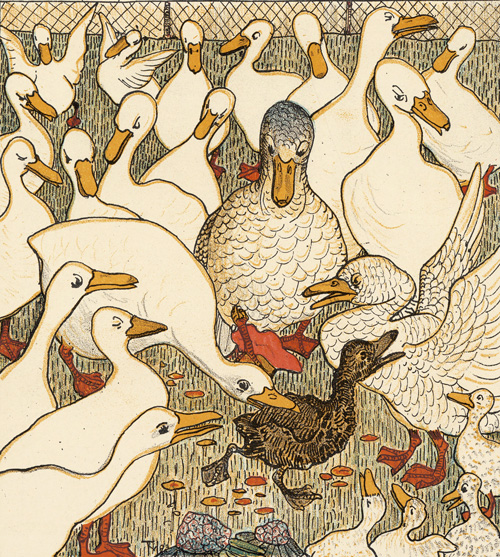 "Like 'The Emperor's New Clothes,' 'The Ugly Duckling' has passed into proverb. In its proverbial form its account of an unprepossessing, unsatisfactory member of one species evolving into a beautiful, admired member of another encourages us to expect for ourselves an eventual transformation of situation and self for the better, whatever the restrictions of our early circumstances and the current low opinion of others. Obviously this is of irresistible appeal to insufficiently appreciated children, and few of us have not at some point seen ourselves in this category. Here is a story which seems to assure us of our right to a future consonant with our instinctive hopes during our unhappy times, and probably exceeding them, while confounding all those fault-finding authority figures who have given up on us or showed us downright hostility. More, it suggests that we will be granted our rights by a natural process. ...

"Many have found it ironical that 'The Ugly Duckling' -- the most constant favourite with the young of all its author's tales -- appeared in Andersen's first book of fairy stories to drop from its title the designation 'for Bern' (for children'): Nye Eventyr, Forste Samling (New Fairy Tales, First Collection 11 November 1843). But this deliberate omission is surely appropriate. ..."

"'The book is selling like hot cakes!' declared Andersen in an 1843 letter translated by historian Maria Tatar. It was shortly after the release of his new collection, which included this popular, heartwarming tale. The similarities between Andersen's life and the ugly duckling are irresistible: Andersen -- gangly, poor, and uneducated -- became a literary star despite the under-estimation he suffered. In a similar fashion, the hatchling is mistaken for a common duck and mistreated before discovering that he is a beautiful swan. It took Andersen a year to write 'The Ugly Duckling,' and nineteen years later, he opened up about the process, calling the tale 'the hardest to compose, perhaps because it was the most directly autobiographical.' This classic example of an animal tale also spawned one of Andersen's famous quotes: 'Being born in a duck yard does not matter, if only you are hatched from a swan's egg.' In Andersen's day, the definition of artistic genius was shifting and was less bound to class than it had been before. He was part of an exciting new breed, and the tale's inspiring and hopeful message continues to make it one of Andersen's most beloved stories to this day. ... 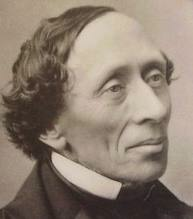 "The widespread love (there is no other word) felt for this story, and from the very first, cannot be explained only by its invitation to respect the once despised artist or its confessed correspondence to a celebrity's (Andersen's) own life. Nor even by its extraordinarily concentrated literary art, endlessly repaying of analytic attention though it is. Separation from, and consequent need for fellow spirits -- these are conditions by no means peculiar to practitioners of the arts. All of us know moments of oppressive solitude of the soul. What we want most at such times is the assurance that we are not unique in our emotions, that others have the same yearnings, have suffered similarly. If we only could meet these others -- if not in life, then in art -- we could be comforted, and, above all else, 'The Ugly Duckling' is an instrument of profound comfort. And if we accept homosexuality as a strong component at the very least of Andersen's emotional make-up, then we can see the duckling's journey as one out of the loneliness of mocked heterodoxy to acceptance by those who knew what he was and who felt as he did, or at any rate sympathised with him. Unfortunately Denmark, as the nineteenth century progressed, would deny homosexuals any show of public unity analogous to this convergence of the swans. By the end of the century, like Britain, like Germany, it had made same-sex relations illegal. But the Andersen of 1843 would not have been able to predict this sad subsequent development.