Today's selection -- from Listening for America by Rob Kapilow. The movie business:

"The speed and enthusiasm with which America took to film is almost impossible to overstate. The first feature-length, multi-reel film wasn't pro­duced until 1906 in Australia and actors didn't even receive on-screen credit for their roles until about 1910, but by 1923, 15,000 silent-movie theaters were selling an average of 50 million tickets a week in an America with a population of almost 112 million. In a short time, the movie busi­ness had become one of the ten largest industries in America, with over $1.5 billion of invested capital, and movie stars like Charlie Chaplin and Rudolph Valentino had become the celebrity fascination of the nation.

"The 1920s saw the rise of the Hollywood studio system, which man­aged to release up to eight hundred films a year. Many were short, single­-reel films, but full-length features started to become popular as well. In the space of just a few years, silent films became the most successful form of entertainment in American history, yet at the very height of their popular­ity, the industry began to experiment with techniques that would quickly make them obsolete.

"Capturing movement on film was the industry's first challenge. As soon as they'd mastered that, inventors and filmmakers began to think about adding sound. As early as 1921, D. W. Griffith experimented with an early sound-on-disc process in a film called Dream Street, which included a sequence where Griffith spoke directly to the audience, as well as a scene with singing. Either because the quality was so poor or because no other theaters had the Photokinema sound system required to show it, the film made little impact and closed shortly. Two years later, Lee de Forest tried another system, Phonofilm, which synchronized sound and dialogue, but once again neither the sound nor the content were exciting enough to com­pete with the sophisticated silent films of the time.

"Unimpressed by these early attempts and on the verge of bankruptcy, Warner Bros. decided to invest in a new technology, the Vitaphone sound­ on-disc system. The Vitaphone system placed the film's soundtrack on pho­nograph records separate from the film itself. To synchronize the sound, the turntable was physically connected to the projector while the film was being shown. In 1926 and 1927, Warner Bros. experimented with the Vita­phone using five films that synchronized music and sound effects but had no speaking or singing. These five films gave the studio sufficient experience and confidence with the technology to lay the groundwork for the land­mark 1927 film that saved the Warner Bros. studio and changed movies forever -- The Jazz Singer starring Al Jolson.

"Though The Jazz Singer is almost always described as the first 'talkie'­ -- the milestone film that introduced sound and singing into movies -- in truth it was neither the first film with sound, the first film with speech, nor the first film with singing. Like Warner Bros' previous Vitaphone releases, The Jazz Singer featured a synchronized musical score that accompanied the action. It mixed classical music (Tchaikovsky, Sibelius, and Bruch), traditional Hebrew music, themes for individual characters, and popular songs. The picture actually had very little talking and was in many ways an awkward mixture of a silent film and a sound film. Most of the movie consists of music accompanying action without speech. For the first fifteen minutes of the movie, no one utters a single word or sings a single note.

"Printed intertitles convey important dialogue and explanations of what was happening in the plot. For most of its eighty-nine minutes, The Jazz Singer is, for all practical purposes, a silent movie.

"About fifteen minutes into the film, we literally get to watch the future of cinema spring into being before our eyes. Synchronized musical accom­paniments had become common in silent films by 1927, and as the scene transitions to Jolson dining in a cabaret, background music jauntily intro­duces the moment. Sound effects had also been heard in some recent silent films, and various background noises in the cabaret are audible on the soundtrack. When the cabaret owner invites Jolson to sing a song, just as in other contemporary silent films, we do not hear him speak. We merely see his lips move as an intertitle conveys the information: 'Jack Robin will sing "Dirty hands, Dirty face." They say he's good-we shall see.' We hear some applause as Jolson walks up to sing -- again the kinds of sound effects heard in the most advanced silent films of the era. The orchestra holds the final chord of the song's introduction, Jolson steps into the spotlight, and after a split-second pause separating cinema's past from its future, he begins to sing in real time: "Wonderful pals are always hard to find." A single line that would ultimately change the course of an entire industry." 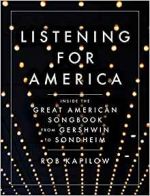