Today's selection -- from Listening for America by Rob Kapilow. Rodgers and Hammerstein, Carousel, and the song "If I Loved You":

"Without the increasing sophistication and artistic pretensions of the musi­cal play [in the 1940s], as well as the increasing seriousness of the world situation, it seems inconceivable that Rodgers and Hammerstein would have ever considered turning Ferenc Molnár's classic Hungarian play Liliom into the musical we now know as Carousel. It is hard to imagine, even today, a more unlikely candidate for a musical than Molnár's play. It first premiered in Budapest in 1909 and so baffled audiences that it was almost immediately withdrawn. Ten years later, it was revived there to tremendous acclaim, turning Molnár into a national hero. In the introduction to his English translation, Ben­jamin Glazer speculated that the tragedy of World War I had made the public more sensitive to the play's spiritual values. Whatever the reason, the success of the Budapest revival led to its translation and a Broadway staging of the play in 1921, produced by the very same Theatre Guild that four years later would commission Rodgers and Hart's Broadway debut, the Garrick Gaieties. The Guild revived Liliom in 1940 in a production seen by both Rodgers and Hammerstein, and in January of 1944, a year after their enormous success producing Oklahoma!. Theresa Helburn and Lawrence Langner of the Theatre Guild proposed that Rodgers and Hammerstein do for Liliom what they had done the previous year for Lynn Riggs's Green Grow the Lilacs -- turn it into a musical [called Oklahoma!].

"It is not at all surprising that Rodgers and Hammerstein's initial response to the Theatre Guild's proposal was an unqualified no. After the enormous success of Oklahoma!, movie mogul Sam Goldwyn suggested that the best thing for Rodgers and Hammerstein to do was 'shoot yourselves,' and turning Liliom into a musical would seem tantamount to doing just that. Nothing about the play suggests that it would make a good musical. The title itself, Liliom, is the Hungarian word for 'lily' and the slang term for a 'tough.' The play takes place almost exclusively in the gritty underbelly of Budapest. The tone is European, almost unrelentingly bitter, and the lives of nearly all of the characters reek of desperation and poverty.

"Liliom, a tough carousel barker and a reprehensible bully and wom­anizer, impetuously quits his job, lures Julie, an infatuated, poor maid, into a relationship, and in doing so causes her to lose her job. They move in together (they marry in the musical to make the relationship more palatable), living in the run-down home of Julie's aunt, and while Julie works, Liliom loafs all day and carouses all night. In spite of his wife's remarkable and completely unreasoning loyalty, Liliom beats her and is on the verge of leaving when Julie announces that she is pregnant. In a brief, rare moment of brightness, Liliom is excited by the possibility of becoming a father, and in a desperate attempt to find money to escape to a better life in America, he cooks up a scheme with his lowlife friend to rob Linzman, a Jewish cashier. (Hammerstein turns the cashier, Linzman, into the mill owner, Mr. Bascombe, erasing any trace of his Jewishness or of the play's ugly anti-Semitism from the musical.) The robbery attempt fails miserably, and rather than being caught by the police, Liliom kills himself, at which point the bleakly realistic play becomes a fantasy. Lil­iom is sent to a court in 'the Beyond,' where the Magistrate, seeing his lack of repentance, sentences him to sixteen years in the purifying fires (a kind of purgatory) with the understanding that once he has served his sentence he will have the opportunity to go back to earth and perform one good deed as a chance to change his eternal sentence from Hell to Heaven. Sixteen years later, he returns to earth with a chance to meet his daughter, Louise, and redeem himself, but he fails, slapping Louise's hand out of frustration when she refuses to take the star he has stolen from Heaven for her as a gift. The play ends with Louise asking her mother if it's possible to receive a slap that doesn't hurt at all, to which Julie answers yes as the curtain falls.

"A play with that kind of plot does not immediately seem like prime material for a Broadway musical, and Rodgers and Hammerstein turned down the project not once but twice. Perhaps they ultimately changed their minds due to a sense of obligation to the Theatre Guild for produc­ing Oklahoma!, or perhaps they were intrigued by the challenge of turning such an unlikely play -- as far removed from Oklahoma! as could possibly be imagined -- into a musical. They could certainly not be accused of repeat­ing themselves with a property like Liliom, but whatever the reason, once the Guild agreed to move the play's locale from Budapest to New England, the team signed on. It is interesting that two previous composers, Giacomo Puccini and Kurt Weill, had tried to obtain musical rights to the play but had been turned down by Molnár. Given the material of the play, a tragic opera by Puccini or a theatrical adaptation along the lines of Weill's Threepenny Opera seem far more appropriate than a sunny Broadway musical, set on the New England coast, with a 'real nice Clambake' and a happy ending. But not only did Molnár grant the rights to Rodgers and Hammerstein over Puccini and Weill, he claimed to be delighted by their treatment, and in particular with their completely altered, happy ending. Given the play's unrelentingly harsh and bitter nature, Rodgers put the problem they faced in the simplest possible terms: 'What kind of music to write and where should it go? How do you sing Liliom?'

"Surprisingly enough, the collaborators found the answer in Molnár's origi­nal words. As they searched through the text they 'suddenly ... got the notion for a soliloquy in which, at the end of the first act, the leading character would reveal his varied emotions about impending fatherhood. That broke the ice. Once we could visualize the man singing, we felt that all the other problems would fall into place.' One of the most striking things about Carousel is how remarkably faithful to the outline and text of Molnár's play it manages to be while somehow, through the addition of music, completely altering its tone. Perhaps the best example of this is the show's great love duet, 'lf l Loved You.' Hammerstein found the key to writing the song in Molnár's original dialogue:

LILIOM: But you wouldn't dare to marry any one like me, would you?

JULIE: I know that... that if l loved anyone... it wouldn't make any difference to me what he... even if I died for it.

"It's the awkwardness and hesitancy with which the two characters express their feelings that Hammerstein captured in the duet (now with Liliom renamed Billy), drawing out the thrice-repeated phrase 'if I loved you' as the song's title.

If I loved you,

Time and again I would try to say

All I'd want you to know.

If I loved you,

'Round in circles I'd go! 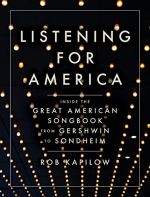