Today's selection -- from Vivien Leigh: An Intimate Portrait by Kendra Bean. The search for Scarlett O'Hara:

"David O. Selznick's highly publicized search for the perfect girl to star in Gone With the Wind was legendary even in its time. In the years leading up to the second World War, an entire nation was under the spell of Margaret Mitchell's epic tale of love, loss, and survival during the American Civil War and Reconstruction. After its publication in May 1936, the book spread like wildfire, garnering both popular and critical praise, and winning the 1937 Pulitzer Prize for fiction. By 1939, there was hardly a soul in the U.S. and beyond who wasn't familiar with the infamous Scarlett O'Hara.

"The list of famous names vying for the most sought-after role in film history read like a veritable who's who of Hollywood. Joan Crawford, Bette Davis, Katharine Hepburn, Lana Turner, Tallulah Bankhead, Paulette Goddard, Miriam Hopkins, and Joan Bennett had all at one point been mentioned to play the tempestuous southern belle. Selznick also sent scouts to the American South in search of 'a girl who was not identified in the minds of the public with other roles, and who was a physical counterpart of the original Scarlett,' with no suitable results.

"The film was backed by MGM mogul Louis B. Mayer (Selznick's father-in law), and financier John Hay 'Jock' Whitney. With a budget of nearly $4 million, it was the most expensive film produced to that date and the stakes were extremely high. When it came to casting the leads, Selznick had no room for error. 'The public wanted [Clark] Gable to play Rhett; they were torn about Scarlett,' recalled Evelyn Keyes, who played Scarlett's younger sister Suellen.

"Gable had his reservations about playing the roguish Rhett Butler. He didn't want the part, believing he could never live up to the public's expectations of how Rhett was supposed to act and look. Any discrepancy from the novel, and the fans would know it, he said. Gone With the Wind was a film that had the potential to either make or break a career and as the biggest male star at MGM, it was a risk he was reluctant to take. Eventually Gable gave in, but only after Selznick bribed him with a $50,000 bonus so that he could divorce his current wife, Rhea Langham, and marry the screwball comedienne Carole Lombard. On August 24, 1938, Selznick secured his Rhett on a loan from Mayer. But Scarlett remained elusive until the night of December 10, 1938, when fortune brought Selznick face to face with Vivien Leigh.

"'Everyone said I was mad to try for Gone With the Wind, but I wanted it and I knew I'd get it,' Vivien said in 1960. The book had been published in England in 1937, and Vivien, like so many young women, took it to heart and immediately set her sights on Hollywood. While appearing in the flop play Because We Must at Wyndhams in the Charing Cross Road, Vivien gave everyone in the cast a copy of Mitchell's novel as an opening night present and urged them to read it. C.A. Lejeune, then film critic for The Observer, vividly remembered a river trip to Southend aboard the Golden Eagle with Vivien and Laurence Olivier while on assignment to write a behind-the-scenes story about the filming of The First and the Last: 'The conversation came round to Gone With the Wind, which was the fashionable book of the time and Hollywood's current casting problem. In a lighthearted way, Olivier remarked that he had been thinking of putting in for the part of Rhett Butler. I can see Vivien now, rising to her feet, all of five feet two or whatever it may be of her, quivering with excitement. She was certain of herself, and in that moment she was glorious. "Larry," she said, with the rain whipping against her face, "you couldn't play Rhett, but I'm going to play Scarlett O'Hara." He laughed at her; I laughed at her; everyone within hearing laughed at her. But she went to Hollywood and played Scarlett just the same.'" 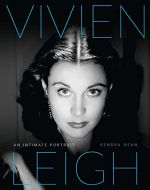