"Klee's father Hans was an idiosyncratic personality. Patriarchal even in appearance, in his demeanor he was a powerful figure and a man of incontrovertible opinions. His full beard was unmistakable, and throughout their entire lives his children probably never saw his face without its luxuriant covering.

"Hans Klee was a German who had settled in Switzerland through his marriage to Ida Frick, a woman from Basel. Due to his father's citizenship, Paul too was registered as a German, a fact that in later years would have far-reaching consequences. Although Hans Klee was a foreigner, over the course of his life he developed into an archetypical Bernese. Professionally, he served as an instructor at the teachers' college at Hofwil near Bern, where he taught piano and organ as well as singing and violin. His pupils both venerated and feared him; his pedagogical enthusiasm was prized, but his methods of disci­pline remained painfully memorable for many of his students.

"In addition to music, Hans Klee cultivated an interest in liter­ature and languages. He loved Heinrich Heine, translated texts from the Bible into simplified folk language, and wrote poetry that could be prosaically simple... but also full of wordplay, as in the tragicomic duet for male voices, 'Alpenkräutermagenbitter" (Alpine Bitters). Hans Klee must have been a loving father to his son, but also very dominant one, and the relationship between them is fundamen­tal for an understanding of Klee's biography. At first, Paul seems to have unconditionally believed in his father, until the latter's tendency toward mockery and harsh judgment began to make the child feel insecure. Even as an adult, he had to endure his father's derogatory comments about his art. While remarks such as 'He could, if he wanted to, be talented' were still relatively harmless, other statements -- 'Phew -- a horror -- and I have this garbage in my own house!' -- were devoid of all sensitivity whatsoever.

"Yet despite these differences of opin­ion, Klee admired his father's creative and intellectual breadth and emphasized that he was 'different from the ordinary type of musician in the totality of his intellectual interests.' Moreover, father and son also evinced astonishing similarities: the tendency toward mockery that characterized Paul Klee's own ironic attitude toward life as well as his pronounced individuality were reminiscent of his father, while his love of wordplay and curi­ous observations were likewise found in a sophisticated form in Hans Klee. Hearing of Hans Klee's smoking room in the family home at Obstberg, where his tobacco was spread out on no fewer than four tables to produce his own individual mixtures, one cannot help but think of Klee's later studio practice of mixing his own paints from a variety of pigments and vehicles. And when we read of how Hans Klee would let the white smoke from his pipe flow through his beard to create the effect of a rising fog, the aesthetic game of 'Bearded Hans' seems not far removed from the subtle pictorial effects of his son's art." 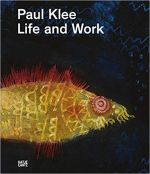