Today's selection -- from Universe: 50 Ideas You Really Need to Know by Joanne Baker. Is there life elsewhere in the universe?:

"The detection of life elsewhere in the universe would be the greatest discovery of all time. Physics professor Enrico Fermi wondered why, given the age and vastness of the universe, and the presence of billions of stars and planets that have existed for billions of years, we have not yet been contacted by any other alien civilizations. This was his paradox.

"Chatting with his colleagues over lunch in 1950, Fermi supposedly asked, 'Where are they?' our own galaxy contains billions of stars and there are billions of galaxies in the universe, so that is trillions of stars. If just a fraction of those anchored planets, that's a lot of planets. If a fraction of those planets sheltered life, then there should be millions of civilizations out there. So why haven't we seen them? Why haven't they got in touch with us?

"In 1961, Frank Drake wrote down an equation for the probability of a contactable alien civilization living on another planet in the Milky Way. This is known as the Drake equation. It tells us that there is a chance that we may coexist with another civilization but the probability is still quite uncertain. Carl Sagan once suggested that as many as a million alien civilizations could populate the Milky Way, but he later revised this down, and others since have estimated that the value is just one, namely humans.

"More than half a century after Fermi asked his question, we have still heard nothing. Despite our communication systems, no one has called. The more we explore our local neighborhood, the lonelier it seems. No concrete signs of any life, not even the simplest bacteria, have been found on the Moon, Mars, or the outer solar system planets and moons. There are no signs of interference in the light from stars that could indicate giant orbiting machines harvesting energy from them. And it is not because no one has been looking. Given the stakes, there is great attention paid to searching for extraterrestrial intelligence.

"How would you go about searching for signs of life? The first way is to start looking for microbes within our solar systems. Scientists have scrutinized rocks from the Moon, but they are inanimate basalt. It has been suggested that meteorites from Mars might contain the remnants of bacteria, but it is still not proven that the ovoid bubbles in those rocks hosted alien life and were not contaminated after having fallen to Earth or produced by natural geological processes. Cameras on spacecraft and landers have scouted the surfaces on Mars, asteroids and now even a moon in the outer solar system -- Titan, orbiting Saturn. But the Martian surface is dry and Titan's surface is drenched in liquid methane, though so far devoid of life. Jupiter's moon Europa may host seas of liquid water beneath its frozen surface. So liquid water may not be so rare a commodity in the outer solar system, raising expectations that one day life may be found.

"But microbes are not going to call home. What about more sophisticated animals or plants? Now that individual planets are being detected around distant stars, astronomers are planning on dissecting the light from them to hunt for chemistry that could support or indicate life. Spectral hints of ozone or chlorophyll might be picked up, but these will need precise observations, like those possible with the next generation of space missions such as NASA's Terrestrial Planet Finder. These missions might find us a sister Earth on day, but if they did, would it be populated with humans, fish or dinosaurs, or just contain empty, lifeless continents and seas?" 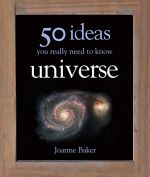