Today's selection -- from I Wonder as I Wander by Langston Hughes. When Langston Hughes went to Cuba in 1931, he found that certain hotels which operated Cuba's beaches for American tourists had imported racial segregation:

"The use of Havana as a winter playground by American tourists has, of course, brought its quota of Southern racial prejudice from the mainland. Hotels that formerly were lax in their application of the color line now discourage even mulatto Cubans, thus seeking the approval of their American clientele. But the purely Cuban hotels, with no eye out for tourists, cater to guests of all shades of complexion and the service is most courteous.

"My single unpleasant experience in Havana took place at the entrance to the Havana Beach. The Cubans later explained to me that the only wide clean stretch of bathing beach near the city had been leased by politicians to an American concern that built there handsome pavilions and bathing houses for the use of tourists, charged a dollar to go on to the beach -- a prohibitive sum then to most Cubans -- and proceeded to draw the color line, as well. But since, in Havana, it is very difficult for even North Americans to draw a strict color line, the beach often had mulatto politicians and plutocrats sporting thereon.  But entrance to the beach then seemed to depend, if you were colored, largely on whether you had enough political pull or social prestige to force the management to sell you a season ticket. At the gate, I discovered to my discomfort, that they would not sell colored people the customary dollar entrance tickets at all, although they were sold quite freely to whites for a single afternoon's bathing. If you were colored, the gatekeeper demanded a season ticket.

"My friend, José Antonio Fernandez de Castro, and a group of journalists one Saturday had planned a beach party to which Zell Ingram and I were invited. Zell and I, since we had a lot of free time, decided to go to the beach early and spend the whole morning there in the sun until our friends arrived. We got off the street car in front of the tropical entrance pavilion and went to the window to purchase tickets. The young woman at the window said she was sorry there were no tickets. Zell and I stepped back and studied the tariff list posted beside the window. In both English and Spanish the rates for entrance tickets, season tickets, the renting of bathing suits, ect. were clearly printed. Since I speak Spanish I again approached the young lady.

"'It says tickets are a dollar each. I'll take two.'
"She shoved the money back through the wicket. 'You'll have to see the manager. I can't sell them to you.'
"The same sort of treatment had been meted out to me so often in my own country from Kansas to New York, Boston to Birmingham, that I began to understand.
"I went to the entrance gate and asked the attendant there to kindly call the manager for me. Instead the attendant called a bouncer. The bouncer was an old American boxer -- white, of course -- with cauliflower ears and a flat nose.
"'What do you guys want? This place ain't run for you,' he said. 'You can't come in.'
"'Do you mean to tell me that you're drawing a color line on a Cuban beach against American citizens -- and you're an American yourself?'
"'Don't start no arguments,' he growled, drawing back his fist.
"By now Zell doubled up his fists, too, and squared off for a fight. Zell was a big fellow, but it seemed better to me not to attempt to settle the matter by a brawl, so I said, 'Don't hit him, Ingram.' But the ex-pug had already backed up beyond reach.
"'Get out,' he yelled from within the enclosure, 'or I'll send for the police.'
"'Go ahead.' I said, 'send for them.'
"The bouncer retired. A Cuban attendant permitted me to enter the lobby where there was a telephone. I called up José Antonio who asked us to wait there for him; he would be right out by taxi. As a newspaperman he no doubt scented a story. Zell and I sat down in the lobby to wait. Just then a policeman, at the instigation of the bouncer, came up to us. He was a pleasant young officer, a white Cuban, with apparently little relish for his task.
"'No pueden sentarse aqui,' he said. 'You can't sit here.'
"'Why?' I asked
"'The manager says you can't.'
"Zell, who spoke no Spanish, kept asking, 'Shall I hit him, man?'
"'No,' I said. 'Let's not give them any cause to arrest us. Let José Antonio, who is a Cuban, get at the bottom of this.'
"'Please get the manager for me then,' I requested of the officer.
"He went away and shortly returned with the manager, a tall patronizing American white man. I began to explain to the manager why we had come to the beach, but he interrupted to say that we would not be allowed within and insisted that we leave the lobby at once. I said that since it was a public lobby, we would wait there for our friends. The manager declared he would have us ejected.
"He went away. Zell and I sat in the big wicker chairs and waited, knowing that it would take perhaps an hour for José Antonio to arrive. Shortly a car sped rapidly up to the entrance, screeched to a halt, and four policemen with drawn sabres jumped out. They came running toward us as if they intended to slice us to mince meat.
"'Out!' cried the cops, waving their swords in the air and descending upon us. 'Get out!'
"In the face of such ferocious weapons there was nothing to do but withdraw, so Zell and I went outside to the platform in front of the pavilion where the street cars stopped. Apparently satisfied the police got back into their car and sped away as we stood by the tracks to wait for our Cuban friends. But shortly the ex-pug appeared again and commanded us to leave the area at once, 'Scram! Get going!'
"'I'll report this to the American consulate,' I said, stubborn and angry by now.
"'Report it,' cried the pug with a series of oaths. 'Go ahead. They won't do nothing.'
"I knew American consulates had seldom been known to fight the battles of colored citizens abroad if Jim Crow were involved.

"'I'll do something,' said Zell as his fists doubled up again. This time the bouncer slammed the gate and retreated for good into the beach-house. He did not want to fight. Then, in a few moments, with a wail of sirens a large police van swept down the road, stopped in front of us, and a dozen cops leaped out armed to the teeth. This time we were surrounded, hustled into the patrol wagon, and carried off to the nearest station. It happened that the station was in [the] charge of a Negro captain, an enormous, very dark, colored man who listened to the officers' charges against us, wrote them down in his book -- and refused to lock us up.

"'Wait here for your friends,' he said gently. 'This is outrageous, but it is what happens to colored people in Cuba where white Americans are in control! This is not the first time there has been trouble at the Havana beach.'

"Out of breath and quite red in the face after not finding us at the beach, José Antonio arrived shortly, and Zell and I were released from the police station to appear for a hearing on the morrow. To court the next morning the beach authorities sent several Cuban attendants whom we had never seen to present their side of the case to the judge. The attendants swore that Mr. Ingram and I had come into the beach café in our wet bathing suits, had put our feet upon the tables, had used profane language, and had otherwise misbehaved to the discomfort of all the more genteel tourists and bathers.

"The judge, a kindly old mulatto gentleman -- who might have been termed a Negro had he lived in the United States, but who was 'white' in Havana -- looked at the beach attendants sternly and said, 'These gentlemen, I am sure, never set foot on your beach at all. They had no opportunity to change into their bathing suits. They had not been in the water. The police report indicates that they were arrested fully clothed on the street car platform outside. I believe their statement -- that you refused to sell tickets to them -- and I do not believe your fabrications. What you have done is against all the tenets of Cuban hospitality and against Cuban law, which recognizes no differences because of race or color. These guests on our shores have suffered enough at your hands and deserve an apology. Case dismissed!'" 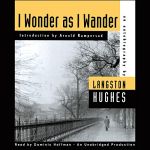