Today's selection -- from My Adventures as an Illustrator by Norman Rockwell and Tom Rockwell. Norman Rockwell, sublime illustrator of covers for the legendary Saturday Evening Post and one of America’s great artists, was very young indeed when he started to draw:

"I think I've always wanted to be an artist. I certainly can't remember ever wanting to be anything else. Not that I awoke one morning with the full­blown idea swimming about in my head. It was gradual. I drew, then I found I liked to draw, and finally, after I had got to know something about myself and the people and things around me, I found that I didn't want to do anything else but draw.

"At first, though, my ability was just something I had, like a bag of lemon drops.

"Jarvis could jump over three orange crates; Jack Outwater had an uncle who had seen a pirate; George Dugan could wiggle his ears; I could draw. I never thought much about it. A bunch of us kids would be sitting around on the stoop and some­body would say, 'Let's go up to Amsterdam Avenue and look in the saloons.' 'Naw, we did that yesterday.' Silence. 'Say, Norm, draw something.' So I'd draw a lion or a fire engine on the sidewalk with a piece of chalk. But it was just as likely that someone would ask George Dugan to wiggle his ears.

"I remember that when I was six or seven years old I used to draw ships on pieces of cardboard for my brother and another boy. I worked from the picture cards of ships which were included in every package of American Fleet cigarettes in those days and which all of us kids collected and traded back and forth. (Cards and cigarettes celebrated Admiral Dewey's victory at Manila Bay.) Jarvis and his friend would cut the ships out and make little stands for them. Then they'd ar­range their fleets in battle order on the floor and each would try to cut up the oth­er's with scissors. It was sort of a frustrating form of art for me: five minutes after I had drawn the fleets, laboriously copying with much smudgy erasing, Jarvis and his friend would have cut them to shreds.

"My father used to copy drawings from magazines in his spare time. I sketched dogs, houses and vegetables, and, from my imagination, pirates, whales, Indians. I drew pictures, as I said, of the characters in Dickens. I found I liked to draw. Ev­ery so often at school a teacher would hang one of my drawings on the blackboard or I'd be sent to show a drawing to Mr. Holly, the principal. Once, I remember, after I'd shown him a drawing, I went home and told my mother that he'd asked me to stand in assembly, before the whole school, and holding up my drawing, describe how I'd done it. The next day my mother came to school, all excited, and said to my teacher, 'Isn't it wonderful! Mr. Holly had Norman Percevel show his drawing in assembly!' The teacher glanced at me. I looked down at my desk blushing, terribly ashamed.

"But if my ability to draw impressed the grownups occasionally, it didn't knock down any horses in the estimation of the other kids. And it counted even less as we grew older. George Dugan lost stature when the ability to wiggle his ears became less impressive to us kids, than, say, how well he played baseball. I lost stature in the same way. I could draw. So what? Could I play baseball? Or throw a rock over Mr. Cheeney's house? Or lick my brother? Those were the important things now, both to me and to the other kids. Our values had changed. The athlete was top dog." 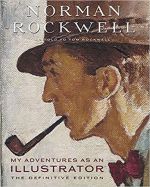