Today's selection -- from Broadway: The American Musical by Laurence Maslon & Michael Kantor. Fred Astaire and George Gershwin were seemingly made for each other’s talent, and Fred’s sister was a dynamic part of the equation:

"The dancing partner who made Fred Astaire famous isn't the one most people remember. Fred, born in 1899, and his sister, Adele, a year his senior, were the children of an Austrian immigrant named Austerlitz who had settled in Omaha, Nebraska. Their mother had a notion that they should learn to dance and so they journeyed east to New York in 1903 and began a long vaudeville career as a boy-and-girl specialty duo. The transition to adulthood was an awkward one for the Astaires; it was not until 1917 that their charm and dancing specialties reached a Broadway audience. They were featured in several revues from then on, and it was the gamine Adele, not her more serious and disciplined brother, who usually got the better notices. He didn't care; he'd rather spend his time crafting new numbers or innovative steps for them to master.

"One of the steps, incorporated into most of their shows, was the 'oompah trot,' or the runaround, where Adele and Fred, side by side, would ape riding in huge circles on an imaginary bicycle. Audiences went wild for this particular antic, especially in London, where the bright-eyed, exuber­ant Americans were welcomed even more enthusiastically than in their own country.

"Fred had known George Gershwin since 1916, when he went to the composer looking for a vaudeville number. They had vowed they'd work together someday; that day came on December 1, 1924, when the Astaires headlined George and Ira's first full-length New York musical, Lady, Be Good! Playing a brother-and-sister dance team down on their luck, the Astaires had found the perfect vehicle for their talents. George not only provided them with some of their best tunes, he suggested a couple of dance steps to help Fred with the ending for 'The Half of It, Dearie, Blues.' Fred got his first solo, while the romantic end of things was held down by his sister and the leading man. It proved to be such a felicitous match that critic Alexander Woollcott later wrote, 'I do not know whether Gershwin was born into this world to write rhythms for Fred Astaire's feet or whether Fred Astaire was born into this world to show how the Gershwin music should really be danced.'

"The Astaires followed up that success with another Gershwin smash, Funny Face (1927), where Adele got to introduce ''S Wonderful.' When the show made its inevi­table visit to London, Adele met a stage-door Johnnie from the B-list of the British aristocracy and was soon engaged to be married. Mindful of her incipient retirement from the stage, the duo made sure their 1931 appearance in The Band Wagon would be an appropriate finale to their part­nership." 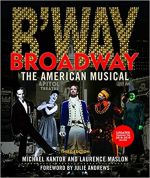