"A chieftain of the Irish O'Malley clan, Grace O'Malley (ca. 1530 - ca. 1603) inherited the family piracy business and a fortune from her parents and her first husband. Scores of Irishmen joined her ranks to evade the growing English inroads into Irish territory. Her strengths as a sea captain were speed and agility as well as a talent for disappearing into the mist, thanks to her intimate knowledge of the Irish coast. Legend has it that she married her second husband, 'Iron Richard' Burke, only to expand her property. He lived in Rockfleet Castle, in an area full of sheltered harbors -- perfect for pirates. At the time, marriages could be easily annulled before the first anniversary, so one day when he returned to the castle from a trip, he found all the gates locked and O'Malley calling down to him, 'Richard Burke, I dismiss you.' She kept the castle.

"Another O'Malley legend claims that she attempted to visit the eighth Baron Howth at his home, Howth Castle, but was turned away because the family was at dinner. Offended, O'Malley retaliated by abducting the heir. Lord Howth nego­tiated his return by offering O'Malley a permanent extra setting at the table just for her; this is still honored today. O'Malley was so respected and feared in the British Isles that she was even granted a request to visit Queen Elizabeth I to petition for the release of her two sons and haIf-brother from the clutches of an English lord. After they were freed, the lord was removed from his post." 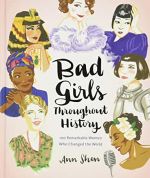