"In the dismal years in Texas after the Civil War, the state nevertheless had one commodity in abundance: wild longhorn cattle. In the North, beef prices soared as popular taste for beef replaced pork. The state’s population of wild longhorns had grown as they had roamed free during the war.

"Bison, also referred to as buffalo, had first covered the American plains in herds so vast that in 1839 Thomas Farnham had reported that it took him three days and forty-five miles to pass a single herd, suggesting that the herd encompassed more than 1,350 square miles. But in less than twenty years, the bison had been slaughtered close to extinction, filling a need for meat and a fad for bison hides and clearing the way for settlement and for the more highly valued cattle.

"Longhorns displaced bison, whose fate was sealed in the end by the encroachment of railroads and the discovery that strips of bison hide made effective belts for steam engines.

"Lucrative cattle drives in these early years guided herds to market for shipment to stockyards in Chicago and points east. More than ten million cattle were herded from Texas to railheads in Kansas from 1866 to 1895. Cattle drives became less common as railroads extended their reach. The industry soon faced its own catastrophe, the Big Die-Up, a blizzard in the winter of 1886-1887 that killed nearly a million cattle and depleted herds.

"The earliest promoter of these drives was Joseph McCoy, in arrangements he made with Abilene, Kansas. Soon, cattle ranchers, such as Charles Goodnight and John Wesley Iliff, had become millionaires. Goodnight pioneered the Goodnight-Loving cattle trail and became a wealthy cattle baron with more than a million acres of Texas ranch land. Iliff raised upwards of 35,000 cattle a year on the largest ranch in Colorado, selling to railroad construction crews and becoming known as the 'Cattle King of the Plains.'

"Nat Love was born into slavery in the state of Tennessee, and his parents remained on the plantation as sharecroppers after the Civil War. Love had a talent for breaking horses, and at sixteen he set out on his own to pursue a life as a cowboy, becoming one of the black folk heroes of the Old West. His work took him through Arizona, where he impressed with his skills at riding, roping, fighting, and cowherding. Among his exploits, Love claims to have been captured by and escaped from a group of Pimas in Arizona. Love left the cowboy life in the latter portion of the nineteenth century and published his autobiography in 1907, which cemented his legend. In this famous (and likely sensationalized) memoir, Love claimed to have met a number of legendary western outlaws, including Bat Masterson and Billy the Kid.

"With cattle came barbed wire, first introduced in 1867, and between 1873 and 1899 there were almost 150 companies making barbed wire to take advantage of the demand in the West. Among the pioneers in this industry were Joseph Glidden and Isaac Ellwood and their Barb Fence Company of DeKalb, Illinois.

"Entrepreneurs in businesses that slaughtered and processed cattle prospered. They made groundbreaking innovations in management, refrigeration, meatpacking, and agriculture. Meatpacking industrialist Philip Danforth Armour had made a fortune during the Civil War selling meat to the army. He founded Armour and Company in Chicago in 1867 and introduced the practice of bringing live hogs to the city for an assembly-line system of slaughter and canning. He boasted that he used all parts of the pig--'everything but the squeal.' Armour diversified into banking and speculation on the futures market for pork and wheat. By 1900, fifteen thousand workers were employed at his plants.

"One of Armour’s competitors, Gustavus Franklin Swift, developed the first functional ice-cooled railroad car, which enabled him to sell affordable beef to all parts of the country and abroad. His business pioneered the use of animal by-products, which could be used in soap, glue, fertilizer, and other products." 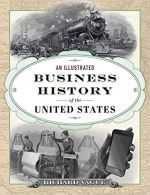