"You didn't need us to tell you that eating people is generally frowned upon. … However, as with most things that we now realize are completely terrible ideas, humans had to try eating each other for a while before they could really have an informed opinion about it. Besides, our ancestors had to take a stab at using one another for medicine -- if for no other reason than that they had tried pretty much everything else in some cases.

"We're not necessarily (or very often at all) talking about eating whole people ... just the medicinal bits! The Romans, for example, tried consuming human blood to see if it had any benefits. Specifically, they drank the blood of gladiators as a treatment for epilepsy. When that proved unsuccessful (surprise!), they moved on to eating bits of their livers instead, presumably without fava beans, or even a nice chianti.

"Cannibalism for religious or spiritual reasons dates way back. The Aztecs sacrificed people to honor their gods and, as part of the ceremony, would also eat some of the sacrificial organs.

"Throughout history, various peoples have believed that consuming another person allows one to take on their attributes, such as eating the bodies of enemy warriors to obtain their courage. Cannibalism could also be employed as a punishment when the death penalty just wasn't enough. Some early tribal cultures believed that the soul stayed with the body for three or four days after death. If they ate the body of their enemy within that time period, they would prevent the soul from ever ascending to heaven.

"For other cultures, such as the Brazilian Wari, eating the bodies of their own tribespeople was part of their sacred duty to honor and respect their spirit. This continued as late as the 1960s. In the 16th century, the practice of eating people for medicinal purposes came back into vogue in Europe. Basically, some folks looked at the fact that ancient peoples thought cannibalism was beneficial, and wondered whether that was due to some underlying medical reason. Without much actual anatomical understanding, these scholarly types then decided to see whether, in fact, human corpse parts, bones, blood, and the like could be used as medicine.

"At this point, you've probably furrowed your brow to a migraine-inducing degree. Why would anyone, no matter how generous their take on ancient tribal practices, make the logical leap of eating their buddy for medicinal purposes? It's not as wild as it sounds. Well, it is; let's not lose sight of that -- but there are three reasons that this odd behavior started to gain ground.

"The first thing to understand is that, back in those times, the idea of 'spirit' was an important component of how we understood health. While it could not be seen, the spirit was thought to be physically contained within the body. It stood to reason (sort of) that a good way to maintain your own spirit was to consume someone else's.

"Another contributing factor was the popularity of homeopathy at the time. While homeopathic medicine does not inherently suggest eating other people, it does incorporate the idea that 'like cures like.' In this instance, one may conclude that a good cure for a headache would be to eat someone else's head. Well, their skull to be more precise. A little bit of it, anyway.

"The third important notion to understand is that it was commonly believed that all creatures have a predetermined life span -- but also that it's possible to accidentally die before you use up those years. If one person died too early, someone else could harvest those extra years by ... eating them. You know how enemies in The Legend of Zelda sometimes drop hearts after Link kills them? It's sort of like that, except you never saw Link frying up a Gannon flank steak.

"All that being said, it's unlikely that anyone was eager to commit murder just to give this bizarre treatment a try (and if they were, they weren't foolish enough to leave evidence), and grave robbing was a high-risk occupation. Finding well-preserved dead bodies that no one would mind you eating was quite the challenge. However, the answer arrived when Europeans discovered the newest taste sensation: mummies.

"By the Medieval period, Europeans had been stumbling upon the well-preserved bodies of Egyptian mummies for some time, and digging them up without much plan as to what to do with chem. Sure, you could sell them to be showcased as curiosities, you could prop one up in your living room to scare neighborhood kids, but what then? We didn't really start scientifically studying mummies until the 20th century. In the intervening centuries, they were just sort of ... there. So why not try using them for medicine?

"The flesh of mummies was really dry and crumbly; for some reason, this was seen as evidence that they made good medicine. The bodies were dug up, ground into powder, and added to various tinctures. Every apothecary worth his salt would have had a jar of mumia available for sale, and it was prescribed for, well, everything -- from gout and epilepsy to bleeding and clotting.

"How many mummies did we condemn to this most ignoble of final rests? Well, enough that we developed a serious kink in the mummy supply chain. As mummies were a limited resource, and not everyone had access to a pyramid and a team of archaeologists, the price started going up. Mummies were being sold for up to five pounds British Sterling per pound of mummified flesh, which was a lot of money in the 16th century. (If you see a mummy around for that price these days, buy one. Heck, buy two and send us one.)

"Our insatiable desire to eat mummies led some to try an instant-mummification process. At some point we hit upon the idea of small batch, slab-to-table insta-mummies. Men and women who died while still young and strong were placed in mixtures of honey and herbs to preserve them quickly, and try to create some of the medicinal properties inherent to mummies.

"These quickie mummies were (scandalously) sold just as if they were the real-deal mummies of old.” 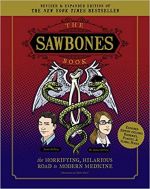