Today's selection -- from Marking Time: Art in the Age of Mass Incarceration by Nicole R. Fleetwood. Art in prison:

"Art made in US prisons and detention centers (what some call 'cellblock art' and others call 'inmate art') is so common that the Federal Bureau of Prisons has several pages of guidelines that regulate the making, distributing, and selling of art in carceral facilities. The guidelines give prison administrators wide au­thority over how each prison or jail handles art-making: 'The Warden may re­strict, for reasons of security and housekeeping, the size and quantity of all prod­ucts made in the art and hobbycraft program. Paintings mailed out of the institution must conform to both institution guidelines and postal regulations. If an inmate’s art work or hobbycraft is on public display, the Warden may restrict the content of the work in accordance with community standards of decency.'

"Under the warden’s discretion, the prison provides incarcerated people with the ability to mail art to friends or family (at the prisoner’s expense) and to give work to family members with approval during visits.

"In many institutions, incarcerated artists are also allowed to sell works under regulations by warder or staff that usually involve the prison taking a percentage of the sale. In the state of Ohio, for example, prisons take 20 percent of all art sales. Art made by the imprisoned can be quite lucrative for some institutions, and art workshops and education can function as ways of managing people held captive so that they do not challenge prison authority. At Louisiana State Penitentiary, also known as Angola, prison art is widely sold at the biannual rodeo show, bringing in significant profit to the institution and a percentage to incarcerated people who can use it toward commis­sary or can send it home to relatives. In fact, most of these programs could not run without the permission of wardens and departments of correction who see the benefit of art-making to the operations of untitled prisons. But in light of ways that prisons can instrumentalize prison art to maintain institutions, incarcerated artists and their non-incarcerated allies innovate and engage aesthetic practices that exceed and defy the strictures of prisons.

"Moreover, prison art shifts how we think about art collections and art collec­tors. The primary collectors of art made in prison are other imprisoned people and their loved ones. Art proliferates in prisons, and substantial collections exist inside cells, storage units, and classrooms of carceral facilities. Prison staff are also collectors of art made inside. Employees of prisons often commission incar­cerated people to make art on their behalf and negotiate rates within the prison economy. These negotiations usually take place off record and between people oc­cupying very different positions of power. 'Commission' and 'negotiation' are fraught terms to describe arrangements in which unfree artists are asked by people who hold enormous authority over their livelihood to make art in exchange for money, goods, or special treatment. Most artists who described making work for prison staff discussed how they would barter with the staff for access to prohibited material or favors, including help getting clandestine art sent out of prison.

"For incarcerated people, access to art-making and ownership of one’s art vary widely across prisons and detention centers. Some facilities have fully stocked art rooms and offer art classes in multiple genres. In others, incarcerated people create peer-run art groups where they share resources and teach each other techniques. Artists often appropriate state material in the service of art, a practice that is a rule infraction and can result in work being confiscated and other forms of punishment. Their practices are highly surveilled, and art can be seized for many reasons. 'Offi­cers can confiscate pictures because of their subject matter. Nude pinups usually receive tacit approval so long as the art is enjoyed discreetly. It can be hung on cell walls in some prisons and not in others .... If a painting can be interpreted as inciteful to riot, it will be confiscated. Images of violence against officers, gang sym­bols, racist insults, and offensive writing are forbidden,' writes Kornfeld. In places like the death row unit of Louisiana State Prison, condemned people are now legally prohibited from making art without the warden's approval, after the art of one man on death row made it out and was sold online. A 2012 state law declares, 'Any sketch, painting, drawing or other pictorial rendering produced in whole or in part by a capital offender, unless authorized by the warden of the institution,' is to be considered contraband, and creating it is a crime punishable by up to five years of imprisonment. The law was implemented as a measure to prevent people on death row from acquiring fame or financially profiting off their imprisonment.

"The issue of ownership of and profiting from art made by the incarcerated turned into international news in 2017, when the Pentagon attempted to shut down Ode to the Sea: Art from Guantanamo Bay, an exhibit of art by current and former detainees at the military prison. The pieces were created in an official program in which de­tainees were provided access to art courses. The exhibit was widely praised, with reviews in the Paris Review, the New Yorker, the New York Times, and the Guardian. One such painting, by Muhammad al Ansi, depicts the lifeless body of Alan Kurdi, the Syrian toddler who drowned in the Mediterranean Sea as his family sought refuge. Ansi based his painting on a widely circulated photograph of Kurdi's dead body on a Turkish beach by Turkish photojournalist Nilüfer Demir.

"Though the Department of Defense had initially approved the art for the exhi­bition, stamping the backs of the works with 'Approved by US
Forces,' the US government subsequently appeared to have reservations about the works' enthu­siastic reception and the narrative of captivity emerging from news coverage. It also objected to attempts at selling any of the works. As a result, the military has prohibited art from leaving the camp, meaning detainees can no longer give their works to their attorneys or family, which prior to the show had been common prac­tice. The Pentagon released the following statement: 'Items produced by detainees at Guantanamo Bay remain the property of the U.S. government.' According to this policy, detainees are no longer able to take their art with them if and when they are released. Instead, the military proposed incinerating art left behind." 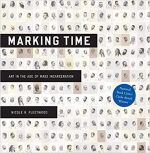