Today's selection -- from James Buchanan by Jean H. Baker. Perhaps the most credentialed person to ever serve as a U.S. president, Pennsylvania's James Buchanan is not often discussed today. When he is, he is usually remembered only as the failed predecessor to Abraham Lincoln:

"On November 4, 1856, Americans chose James Buchanan, an experienced politician and diplomat, as their fifteenth president. After the election of James Madison in 1808, no president had ever come to office with more impressive credentials. Nor, to this day, has any matched the range of Buchanan's public positions. The Pennsylvanian had served in his state legislature in his twenties, had gone on to the U.S. House and Senate in his middle years, and had interrupted his legislative career to serve in James Polk's cabinet as secretary of state from 1845 to 1849. Earlier Andrew Jackson had appointed him minister to Russia; Franklin Pierce had sent him to the Court of St. James in London as the American minister in the 1850s, and both Polk and his predecessor, John Tyler, had offered Buchanan a seat on the U.S. Supreme Court. As a prominent Democrat proposed for high appointive posts by every Democratic president from the 1820s on, he had been a hopeful contender for a presidential nomination in 1844 and a serious one in 1848 and 1852. Four years later, in 1856, the year in which he was finally nominated, Buchanan led the voting through eighteen roll calls at the Democratic convention. 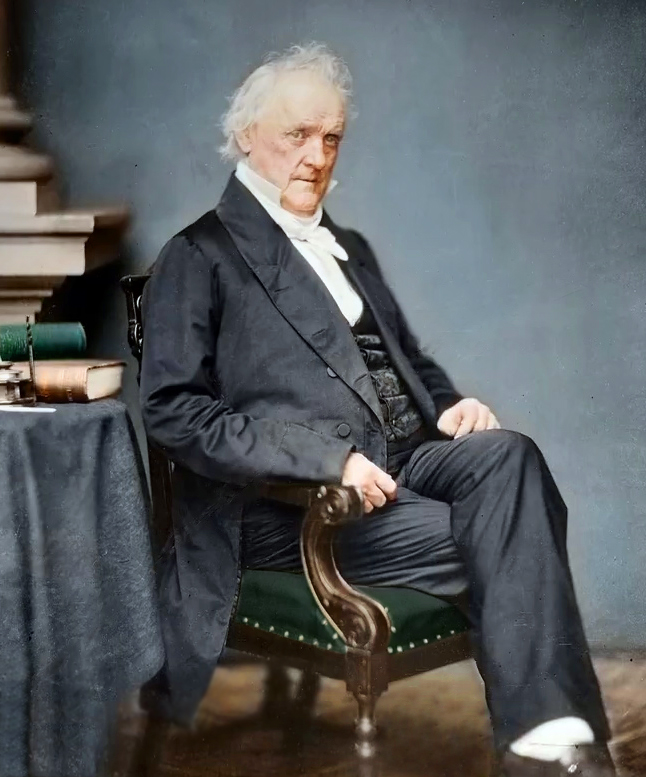 "As a loyal member of the Democratic party, Buchanan represented one of the few remaining national institutions in the United States when he was elected president. By that time, churches had separated into northern and southern factions; newspapers printed only sectional versions of the events of the day, and the new Republican party had no following south of the Mason-Dixon Line. Only the Democracy remained the voice of all the people -- North and South. As the male citizens of the American Republic contemplated their presidential choice in 1856, many had good reason to select Buchanan, an 'available' man with an outstanding dossier of national and international service, believing he could solve the deepening divide between the sections. 'Old Buck' might be just the man to bring harmony to the nation.

"Four years later Buchanan left the presidency in disgrace, condemned by Republicans, vilified by northern Democrats, and dismissed even by the southerners whom he had tried so hard to please and whose personal affection he craved. The president, for all his prospects in 1856, had been unable, as he had pledged in his oath of office, to preserve, protect, and defend the Constitution. Despite his promises to resolve the recurring differences over slavery, he had failed. He had divided his party, thereby ensuring the election of the Republican Abraham Lincoln in 1860. And that election led to the secession of South Carolina, followed by six other states in the lower South. A month before Buchanan left office, these seven southern states formed a separate nation, proclaiming themselves the Confederate States of America. On March 4, 1861, when this discredited president traveled home to his estate outside of Lancaster, Pennsylvania, not only had the United States been destroyed; it stood on the brink of a civil war. ...

"For Buchanan, it became a point of pride that war did not break out on his watch. While technically correct, in fact he had set the stage for its arrival six weeks after his departure from the presidency. Earlier he had not succeeded in bringing Kansas into the Union as a Democratic state. His Kansas policies had infuriated both northern Democrats and southerners. Nor had he been able to gratify his expansionist obsession of buying Cuba, for it is not only twentieth-and twenty-first century presidents who view that island with unflagging interest. By every measure except his own -- whether that of his contemporaries or later historians -- Buchanan was an abysmal failure as chief executive."