Today's encore selection - from The Perfect Square: A History of Rittenhouse Square by Nancy M. Heinzen. With the Industrial Revolution, money began to replace family lineage and civic achievement as the arbiter of social standing -- especially in post-Civil War America. A case in point was the arrival of the nouveau riche among Philadelphia's upper crust Rittenhouse Square:

"[Rittenhouse Square resident] Henry Cohen's son Charles later recalled that he or any of his classmates 'could stand with a snowball on the corner of Rittenhouse Square, any winter morning and take his pick of the top hats of twenty millionaires.' Had any of those boys thrown that snowball in 1867, he might have hit the top hat of Colonel Thomas A. Scott, the Cohens' next-door neighbor to the west.

"Philadelphia's postwar industrial growth -- much of it generated by the Pennsylvania Railroad's expansion -- 'unsettled the whole social system of the city,' wrote Alexander McClure, editor of Old Time Notes and a frequent commentator on social mores. This shift troubled members of the city's prewar upper class, who had mostly defined themselves by their descent from old families or civic achievements. Often the words 'ostentatious' or 'new rich' were whispered disparagingly in polite company.

"After attending a party in what he allowed were 'handsome rooms,' the diarist Sidney Fisher noted in his diary on February 1, 1866, 'The tone of the party, its general effect, was deficient in refinement, in dignity, in short it was rather vulgar. And why not? Business people are now in society, here as in New York.'

"Until the Civil War, 'our society had been a close corporation, largely professional,' lamented Mrs. Frederick Rhinelander Jones, who bore several old distinguished Philadelphia names. 'Some people had more money than others, as they have always had since the civilised world began, but riches in themselves were no criterion. ... We all knew each other, and had many small parties.'

"The jeweler J. E. Caldwell, who catered to Philadelphia society, told his friends that after the Civil War there was such extraordinary demand for jewels that it was hard for him to keep up with orders. To his great surprise, he found he no longer knew most of his customers, since many of them were buying their first diamonds. ...

"In the post-Civil War years, entertaining became costly, lavish, and 'gaudy in awkward decoration.' The new moneyed crowd, according to Fisher, 'plunged into the most extravagant display in efforts not merely to imitate, but to surpass the hospitality and social distinction of the cultured families of the city.' To old Philadelphians, Rittenhouse Square became synonymous with the newly rich industrialists who possessed more money than they knew how to spend tastefully." 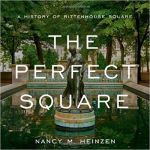